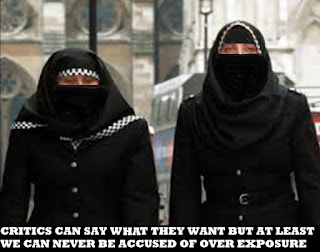 A public organisation by its very title requires the confidence of that public which it is empowered to serve.  Without such confidence whether or not actual or perceived the organisation will exist within a self imposed cloak of self preservation.  Arse covering by its top officials and secrecy in its deliberations, decisions and methodologies will form into a vicious circle of wagons under attack. Such is the handling of the misconduct case involving Greater Manchester Police Assistant Chief Constable  Rebekah Sutcliffe.  Comments on her behaviour which led to a misconduct hearing were posted here last November.  This officer was, not for the first time, facing  serious allegations of dubious behaviour.

A disciplinary panel found  that her conduct "had taken her to "the very precipice of dismissal", but accepted it was out of character and recommended a final written warning would suffice". GMP Deputy Chief Constable Ian Pilling was quoted as saying he was , "all too aware of the damage to public confidence".  Yet despite his own opinion it seems that in contradiction of my opening comments above he was not prepared to dismiss her from the force.  Scandals have rocked this organisation for years.  This is a blog; not an investigation.  Whether or not GMP is any more or any less inhabited by officers unfit for the job or liable to be protected when behaviour is found lacking compared to other police forces is a moot point.  What cannot be disregarded are the effects in this particular case of allowing so senior an officer to get away with such disreputable actions which would be just cause for instant dismissal in almost any other profession.  Admitting his decision will damage public confidence GMP Deputy Chief Constable Ian Pilling is himself guilty of deriliction of duty insofar as he has deliberately chosen to protect his deputy rather than fulfil that duty.  As for the other party in this sordid tale, Superintendent Sarah Jackson; she has moved sideways to a similar post at Cumbria Constabulary. If people move jobs without promotion it usually has its own story.

The Telegraph report is available here.