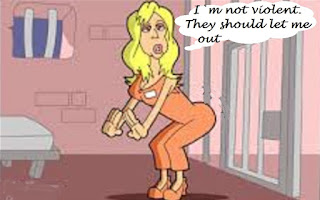 With a prison population at almost record levels and no prospect of its being reduced without drastic reform of sentencing guidelines shrill voices are frequently proclaiming that incarceration for non violent offenders must no longer be tolerated. They must be dealt with in the community; whatever that actually means.  This offender sentenced earlier this week for driving whilst disqualified owing to a ban imposed for drink driving a month previously has been jailed for twelve weeks and had in addition a suspended sentence for the drink driving offence  activated.  She was not violent. Without the final sanction of custody just what would happen to such offenders?