STAINING OF A POLICE COPY BOOK 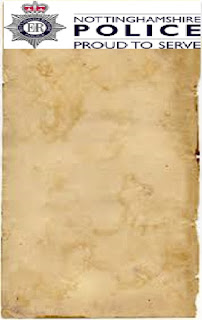 It appears that within a few years all those aspiring to be police officers will require to be university graduates or  equivalent.  On the face of it that might seem to be a sensible level of education considering the knowledge needed to do a job with so many sub speciality requirements in addition to the old fashioned idea of "thief taking".  So far so good but in what could loosely be called a "people" job as opposed to a "desk" job it would seem that the recruiters are losing sight of a simple basic necessity when somebody dons a blue uniform; common sense.  When I was appointed J.P. it was a facility that had to be demonstrated at interview.  That aspect of personality was dropped many years ago on the spurious grounds that in order not to cause offence to ethnic minorities or those of recent immigrant status the term common "shared by, coming from, or done by two or more people, groups, or things"  was no longer considered appropriate.  Perhaps police appointment panels share the same philosophy because how otherwise can it be explained that this police officer behaved in such an imperious and crass fashion.  On a practical level for every worthwhile action of her colleagues she stains their collective copy book.