COURT SALES: A LESSON FOR BREXIT 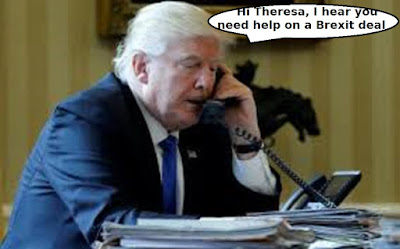 As  a long time Brexiteer I welcomed last year`s result.  Having read of various members of the trio charged with negotiating our exit and Theresa May`s approach to the situation generally I`m beginning to wonder if we need to import a dealmaker to advise these politicians: after all being an elected M.P. requires many different skills but being able to make Â£2 from a Â£1 pound investment isn`t one of them. Take the sale of hundreds of magistrates` court buildings in the last five or six years.  Under various pieces of legislation about which I had no knowledge prior to today empty buildings are required to be sold within three years of closure. Parliamentary Written question - 208529 in 2014 provides this information. I suppose the time limit is to ensure that such matters are not left on the back burner but on the other hand it can mean that property is being sold into a buyer`s market.  Inheritors coming into possession of a deceased relative`s house often have to decide, assuming they don`t need immediate cash, if and when to sell. Surely the government as lender of last resort could do likewise. As an example former Bridgewater Magistrates` Court was sold two years ago for just Â£186,000.  Today it is for sale for Â£450,000 in exactly the same unaltered state as when it closed.  Why on earth did nobody in the property department at the MOJ take a view on the market?  If I were being paid as a professional researcher which I`m not, I`m almost certain many more such examples could be found.  It`s a similar cadre of civil servants who will be negotiating our exit deal.  To have any chance of satisfaction successful professional deal makers must be brought to the table to advise politicians. We don`t need or want a Trump as P.M. but we do have a few billionaire business people with the skills required.  Get on the phone Mrs May.