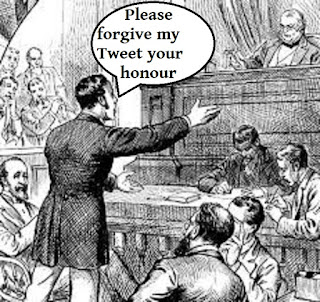 Justices of the Peace hold public positions. That being so it is a fact  that not only must they have been upright in their pre J.P. lives but are held to account for their actions not necessarily just inside the confines of the courtroom.  Deviation from the straight and narrow can have devastating effects.  That being the case when this blogger signed up to  Twitter a few months ago it was with some circumspection that my keyboard did not run amok from a self imposed ten second delay for second thoughts.  Thus it is with a certain dismay I have to mention that a prominent magistrate well known for his IT skills has allowed his prejudices to become public in the aforementioned public debating forum.  Nick Harrington tweeted two days ago, 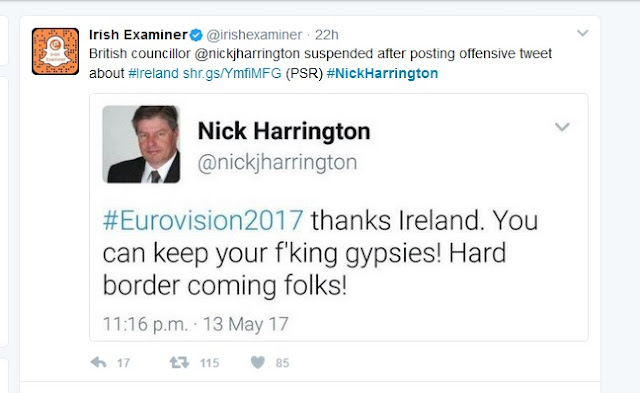 As some readers might be aware I am the antithesis of being politically correct and a convinced Brexiteer but the above reference to gypsies is totally unacceptable. If anybody is in doubt just substitute "Muslims" or "Jews" or "homosexuals" in his Tweet.  This man should do the honourable thing and resign from the magistracy before he is subjected to the inevitable investigation.