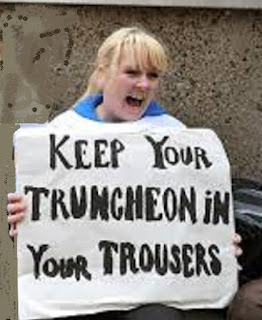 The scandals involving senior police officers over the last decade have been discussed here and in many other media.  There is no doubt that there is something seriously rotten in the state of Denmark. This creeping bacterium has invaded the posts of Police and Crime Commissioner; an elected office, and deputies.........an appointed position.  The latest incumbent to be caught with his trousers around his ankles albeit in his past life is Andy Coles, Cambridgeshire's deputy crime commissioner.  This man would have been interviewed by senior officials around the PCC, his CV would have or should have been thoroughly investigated and his referees` opinions checked out.  It was, however, only be chance that his sordid actions as a former police officer came to light.  Is probity in all aspects of our legal, justice and police systems just a historical reference?