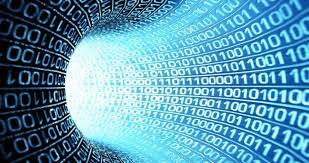 I retired before magistrates` rota system was digitalised.  My informal soundings seem to indicate that there is much to be improved.  The latest information below is copied directly from  the Judicial Internet published today.


Having used the new system to run the October 2016 to March 2017 rota, the team have analysed the results and user feedback from regional retrospective workshops and from an embedded feedback function inside the online system itself, to develop improvements to the design and function of the Rota service. Changes underwent comprehensive testing before being released, ready for the next round of bi-annual rota scheduling.

The next rotas (from April to September 2017) have now also been successfully prepared and published and the 76 LJA criminal court rotas and 49 DFC family court rotas have demonstrated some significant improvements:

Eligibility rules inside the system have been refined to ensure that magistrates are automatically scheduled in the correct sessions. For example, in the last rota some specialist domestic violence panels only had two out of the pre-requisite three specialist magistrates sitting. This then required manual intervention from the Rota Administrator team. The level of manual intervention needed has been reduced as a result of this and other business rule changes.
The balance of sittings for magistrates who sit on multiple panels has been improved so that there is a more even spread of sittings across all jurisdictions in which they sit, i.e. enabling magistrates previously being overscheduled in the family jurisdiction to meet their minimum sitting requirements in adult and youth jurisdictions.
In response to changes in legislation and rules for bench makeup, the team have also removed the mixed bench requirement for adult, youth and family court sessions.

Overscheduling of magistrates has also been reduced as a result of amending the priority of business rules inside the system, again reducing the level of manual intervention required before the rota can be published.
The scheduling has also been improved for magistrates with limited availability, i.e. sitting one or two days a month, those who sit half days and for Chair magistrates to ensure the most effective scheduling of the magistrates available.
The ability to identify a home sitting location has also been introduced, which will enable magistrates to sit more frequently at their nearest magistratesâ€™ court, which will be beneficial as a result of the increased size of local justice areas.
Overall, the team have also made changes to the mathematical algorithm that underpins the Rota Optimiser system and the increased capacity results in improved performance and quality of rotas.
The April 2017 update also enabled magistrates to identify their winger or chair designation for the sittings they have scheduled into in the April to September rota.

The benefits (in numbers)

The time taken to prepare rotas has been reduced by 56%. The overall time taken to prepare rotas has seen a huge reduction. The latest rotas took 2,991 fewer hours (or 127 days) to prepare than previously. The number of â€˜broken rulesâ€™, (instances where the Rota Administrators have had to take manual intervention) have been reduced by 16% in the April to September 2017 rota compared to the previous rota (a reduction of 10,461 broken rules). A side effect of balancing sittings for members of family panels is an increase in over-scheduling for family-only magistrates. However, this meant less manual intervention compared with the whole family bench for the Rota Administrator teams.

The work of the Rota team and Common Platform programme has ensured that the quality of rotas has continued to improve and that all magistrates have a more even distribution of sittings, based on their own preferences.
As in the â€˜continuous improvement loopâ€™ described above, the team will now analyse the data from the latest round of rotas, consolidate feedback and work with administrators and magistrates to develop further improvements.

Picking Up Posted on 26th April 2013
BENCH TRAINING AND DEVELOPMENT COMMITTEE AND ITS ELECTION Posted on 07th November 2013
3 WISE MONKEYS OF HMCTS Posted on 13th September 2017
COURTS` INCREASED WORKING HOURS Posted on 16th August 2017
So That Wraps It Up For 2014 Then Posted on 29th December 2014
Thoughts From The Crown Court Posted on 18th March 2014
COVID-19 LOCKDOWN; MAGISTRATES` HEALTH OR DUTIES? Posted on 31st March 2020
Mick Burchetâ€™s funeral arrangements Posted on 05th May 2014
COURTS` EXTENDED HOURS Posted on 26th July 2017
An Interesting View From The MA Posted on 15th January 2015