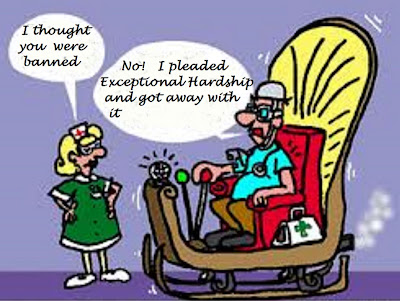 With regard to the possibility of being banned from driving as a "totter" there is no legal definition of "exceptional hardship"; a plea for a substitute sentence being imposed without a disqualification.  Many solicitors publish their own opinions on line as a marketing tool. This is just one example from many.  My general thinking processes when listening to such a plea were that if the offender was of such means that s/he could afford to employ a driver for the six month disqualification sentence then the exceptional hardship plea would not have been made out.  I clearly recollect two cases where very wealthy businessmen tried to make the argument: they failed. I do not know the circumstances of the offender in this case but if the bench did not consider whether or not he could afford a driver then they failed in their duty.  My impression over the years is that too many totters escape their deserts by weak benches being too easily persuaded by silver tongued lawyers.