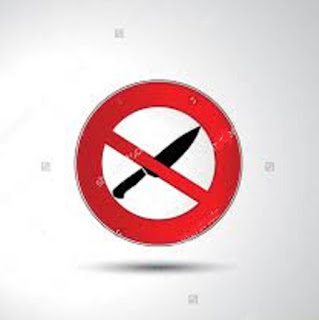 From their very inception I was concerned at the implications of that wonderful, so they said, innovation; the ASBO.  Having to impose such I did my judicial duty but without enthusiasm. ASBO was but the first of many so called exclusion notices. For the last ten years constables have had the authority to issue a written exclusion notice to anyone considered to represent a "risk of disorder", even if they are not drunk or have committed no offence. The aim is to enable the police to stop violence escalating by immediately removing potential troublemakers from the scene. As a matter of interest David Davis, the shadow home secretary at the time,  said the Conservatives would consider backing the proposals but said Labour "has form for making headline-grabbing announcements only to fail to follow them up"; another politician`s words coming back to haunt him.......as if they care; it`s happening all the time. Soon to follow was the CRASBO; criminal anti-social behaviour order.  I sat on the very first hearing in this country where such was brought.  It was a shambles and we threw it out.  Notices can be issued to those whose presence "is likely, in all the circumstances, to cause or contribute to the occurrence or continuance in that locality of alcohol-related crime or disorder". Magistrates' courts are able to issue civil orders banning persistent drunks and binge drinkers from all pubs and clubs in designated areas for up to two years and  operate on a similar basis to Asbos which have been condemned by a European human rights group  These were designated Drinking Banning Orders with criminal sanctions if breached.  Their effect was to displace the offence to another locality or to set up an order for him/her to fail when such orders referred to the whole county or even the whole country. And these orders sometimes without due process don`t stop.  Domestic Violence Protection Notices allow police to exclude a householder from his/her own home on the say so of a senior officer.
Nationwide it seems there has been a steady increase in begging whether through increased poverty and/or straightened circumstances owing to addiction(s). The problem local authorities have is, of course, what to do about it. Leamington Magistrates Court on behalf of the local council has issued one such vagrant with the ubiquitous CRASBO.  This will solve nothing except that the offender will be before another court sooner or later on a criminal charge for which he will probably be imprisoned.

This little story is typical of so much that this and previous governments do in order to paper over deep problems in our society.  Today`s announcement by the Home Secretary that she seeks to introduce new legislation on banning knives is just another pathetic attempt to remedy what are thought to be intractable problems.  They are not. They require only honesty, money and a sincere wish to get to grip with one of society`s problems.  If that requires authoritarian means so be it I say.

PS Last month on 21st June I predicted legislation on knives by the new Justice Secretary.  I didn`t think it would come so soon. Seems I had the wrong department in mind but the right idea.