ACCUSATIONS OF VERBAL ABUSE CAN BE AN ABUSE OF FREE SPEECH 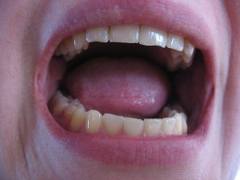 â€œVerbal abuse is the use of words to cause harm to the person being spoken to. It is difficult to define and may take many forms. Similarly, the harm caused is often difficult to measure. The most commonly understood form is name-calling. Verbal abuse may consist of shouting, insulting, intimidating, threatening, shaming, demeaning, or derogatory language, among other forms of communication.â€
It was brought home to me over twenty years ago in a fairly crowded retail unit in a town with the dubious reputation at the time of being just about the most racist place in England when two rather large tattooed white shaven headed gentlemen about forty years old remonstrated with a group of white teenage boys who were foully verbally abusing a middle aged South Asian man and his wife, that some sort of social self censorship was taking place as to just what was acceptable or unacceptable in a public place. For a few reasons perhaps we have reached a situation where many are simply too afraid of speaking openly; afraid that in effect recourse to s.5 Public Order Act will be taken by a self certificating aggrieved party.
Some years ago I was in the large entrance hall of a general hospital waiting for the return of a relative from a consultation in a room in nearby corridor. My mobile phone rang and almost immediately there was a shout, â€œGet that off; didn`t you see the sign?â€ In truth I hadn`t. Almost before I could retrieve it from deep in a pocket that individual behind a nearby desk screamed, â€œIf you don`t put that off now I`ll get security!â€ By then I had reached the exit.
A few years ago I was with an elderly relative at her G.P. requesting a copy of recent blood tests which should have been e-mailed to her by the practice. When the practice manager demanded Â£20 to produce a copy my relative said firmly that that was outrageous and it should not be charged for. Her language was polite and precise but perhaps her volume was a touch raised. The doctor emerged (a locum unknown to my relative) and confirmed she could not have the test results unless she paid but in the circumstances offered a reduced fee of Â£10.00. With great reluctance I handed over said fee on her behalf and we left with the copy. Two weeks later she was told in writing that she had been removed from the doctor`s list because her language and behaviour and general verbal abusing of him and the staff had put them (there were no patients) in fear of violence. As an aside, efforts by my relative`s nearest and dearest had the G.P. reprimanded and the Â£10 refunded. The expulsion was cancelled but of course she had since made other arrangements for her medical care. The point remains that by the definition above the perpetrator of any verbal abuse could arguably have been the doctor and his manager.
A few months ago at one of the major supermarkets as I was placing about Â£180 worth of groceries on the conveyor belt the cashier told me there were no large bags available and began opening bags each just about big enough to place a lettuce. I told him that they were unacceptable and unless he found large bags the goods would remain in the trolley or on the belt and I would go to the competition. He replied that the store had run out of normal sized bags and continued that he would tolerate no abuse from me. He refused to continue. His colleague on the adjoining till suggested he seek some bags. In the end I spoke to a nearby manager who conjured up enough bags to serve my requirements and reminded the cashier of his position.
Four simple anecdotes separated by twenty years but by an eon in public attitudes. Anywhere and everywhere are notices where public and employees converge that have the message that â€œabuse to staff will not be toleratedâ€ or some such similar wording. â€œVerbal abuseâ€ is a term that would have been unfamiliar in the swinging sixties. There is remarkably little evidence of its origin but I would venture it arose around the same time as the feminist lobby began to agitate for equal rights in employment etc and became a term commonly used to describe dysfunctional intimate relationships between men and women. Be that as it may the circumscription around many forms of disagreement especially when police are involved under s.5 using the pretext â€œverbal abuseâ€ is one that magistrates must openly confront. The current trends to stifling free speech are singularly wafer thin but put those slices of self censorship in a bundle and it can be more easily recognised how far from the free speech of the 1950s we have travelled. Magistrates  must administer the law as it stands; not as they might wish it to be but they can and should take a broad look at any individual circumstance.