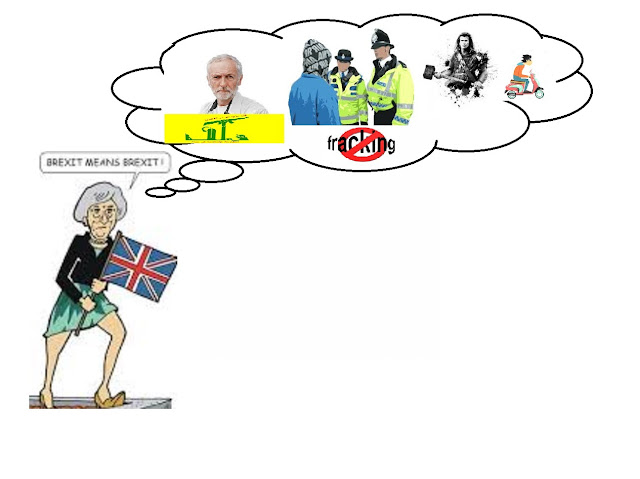 It seems to this distant observer that a form of mob rule is gradually taking over certain areas or our lives.  On a political level Big Chief Corbyn and his indian braves have asserted that one way to achieve power is by having a 1,000,000 protesters on the streets. This should not be a surprise.  That he is an avowed Marxist who has made no secret of his intentions is clear from this speech in 2012.  As is their historical profile those of similar philosophy have been involved (allegedly) when local groups have had and are having real concerns about decisions affecting their lives made by socially and politically distant often state connected organisations. The issues surrounding the Grenfell fire, genuine and perhaps criminal, are being used to undermine the fabric of the state and it is not unlikely that a few years down the line results of inquiries and prosecutions whatever the results  will be used as stick to beat all authorities however involved.

Actions of police are under the microscope of public opinion at a wholly different level. They used to be literally a law unto themselves. Not a week goes by when that attitude is revealed still to be motivating a not inconsiderable number of police officers. Last year 108 police officers were dismissed for misconduct. The bar for sacking is set very high.  Much of the Policing and Crime Bill`s sections on police discipline became law a few months ago in the corresponding Act.  The amount of criminality within the police is quite shocking for the layman to comprehend the Met Police being the cheerleader.

As a result of public policy by the Home Office led by a certain Mrs T. May police were instructed to reduce "stop & search" and the pursuit of those using vehicles to evade arrest or questioning.  The unintended consequences have been an unholy increase in knife crime and an explosion in criminals evading arrest by using mopeds as getaway vehicles. There is considerable controversy over the numbers within these topics. That controversy is both political and statistical in quantity and quality.

What is not in doubt is the increase in mob behaviour generally when disputed matters go public epitomised by the situation of the baby Charlie and that surrounding areas where permission has been granted for fracking. Decisions by legally authorised public bodies are being challenged by no less than mob rule.  There are many definitions of "mob" but they all have a similar underlying theme of the possibility of violence resulting; "a large or disorderly crowd; especially : one bent on riotous or destructive action".

One essential requirement for a democratic society to exist or even flourish is the freedom to demonstrate on the streets of our towns and cities and where such peaceful protest is sanctioned by police. Such freedom to protest is itself never far from dispute eg the flying of the flags of a terrorist organisation recently in London where the police did not intervene on the basis that they considered that the non military part of the organisation was indicated on the flags.

With Brexit negotiations in effect, a left wing take over of Labour in the offing, a Tory Party in disarray, little indication of large numbers of Muslims willing to adapt to a British society and to accept their minority status, pork barrel politics to bribe the DUP and Scots Nats still howling independance, reduced public confidence in our institutions bodes ill for a harmonious future.  All those however loosely described as The Establishment must react to the twitching antennae of public mores and do their utmost to unite where there is currently disunity. Such decisiveness must come from the top. Theresa May must go NOW.