IS 2 OUT OF 3 A SATISFACTORY MARGIN FOR GUILTY VERDICT IN COURT? 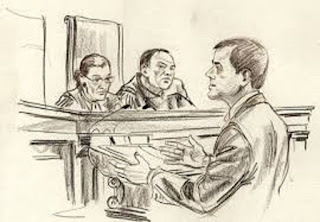 In all the many hundreds of articles, tweets, posts etc on the workings of magistrates` courts rarely is it written or explained that in a bench of three lay magistrates a unanimous decision on guilt or innocence is not required; it is sufficient for only two of the bench of three to be in agreement.  Such a majority verdict is not made public. The court is simply informed of the decision.  This has long struck me as at least inherently less than transparent and at most departing from judicial honesty. The fact that I have never heard comment form senior judiciary is astonishing.  If the public were to be told there would not unlikely be an outcry.  In Scotland`s higher court a simple majority of fifteen jurors is all that is required for a guilty verdict. At all court levels including summary matters a third option is the "not proven" verdict. Wikipedia is a fine reference source. If ever there was an argument and one with which I agree for the Scottish Verdict to be available in England surely it is in the magistrates` court that it should be offered.  JPs are not random jurors taken from the electoral register; they are highly trained people skilled in the forensic analysis of complicated and/or technical argument.  If one third of their number has reasonable doubt on guilt surely that should have significance. When it comes to sentencing the stakes are equally high in such a circumstance.  When in my position as a dissenter I have been asked for my input when exploring the sentencing structure I have often recused myself from proceeding through the maze which the Sentencing Guidelines have made compulsory. If that experience was whilst I was chairman of the bench I limited my input to ensuring that my colleagues had followed correct procedures in line with their perceived reasoning. I know that colleagues took different options in these circumstances.  I also know that many were not bothered at all.  With a bench of two and an intractable collision of opinion obvious difficulties arise.  I have experienced situations where the JP for guilty felt duty bound to go along with his/her not guilty colleague; a course of action which I believe follows judicial oath. Very occasionally a mistrial was declared and the game was replayed.

There are lessons to be learnt and changes to be implemented. I have often wondered why an even number of jurors is selected.  Surely the principle of an odd number as in Scotland even with a more limited majority decision required makes more sense and would obviate the need for mistrial outcomes.  The Law Commission or another appropriate body should undertake a redefining of what makes for a guilty verdict in magistrates` courts and opinion expressed on the 2/3 majority remaining valid and withheld from the public.

The kangaroo court? Posted on 06th July 2012
Verdict as anticipated Posted on 07th March 2013
Penny Wise Pound Foolish Posted on 06th November 2013
IS APPEAL TO A HIGHER COURT A LOTTERY OR SUPERIOR JURISPRUDENCE? Posted on 14th August 2018
Five Royal Marines charged with murder..... Posted on 16th October 2012
Quick straw poll on Harwood Posted on 03rd May 2011
A Bournemouth man has been convicted of murdering his father in the Southbourne area of the town last year Posted on 27th November 2014
Ben Blakeley waits to be sentenced for the murder of Jayden Parkinson Posted on 25th July 2014
SECRECY AT MAGISTRATES` COURTS Posted on 09th February 2018
Three men guilty found guilty of murdering east London teenager Posted on 11th April 2014