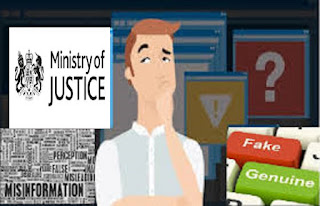 Once again MOJ is telling all who`ll listen by e mail, print media, TV or social media that there are so many new recruits to the prison service that we`ll soon have this problem solved.  Does the MOJ press office with all the little weasels of Petty France spewing out this propaganda really think that those who know even a teeny little bitty of the truth will be taken in by this truly fake news?......Thank you D Trump for this new and much needed addition to our language.

One part of today`s announcement is available here and full release is linked to Adobe Acrobat. Perhaps before those interested peruse the press release a few minutes looking at the situation in 2009/10 might put the matter in perspective.

For centuries governments have been successful in fooling the people of this country with so many lies that just could not be investigated except by professional researchers with the funds and facilities so to do.....not any more. The Mays and Corbyns plus all the others might try to disguise their versions of the truth but real facts will out. However the damage to government per se is that faith in the institution as we know it is steadily being eroded especially for those generations who might know how to count but have no idea of calculation or little knowledge of history.

When my then 17 year old son was learning to drive I told him to regard every other driver as deaf, blind or drunk. He might not have been the most obedient teenager but so far so good; he has a clean license.  We elders have much we can teach millenials and others similar who believe in so called "safe spaces", entitlements to be free of being offended and that taxing the "rich" will pay for all their heart`s desires.  We should not be reticent in so doing.