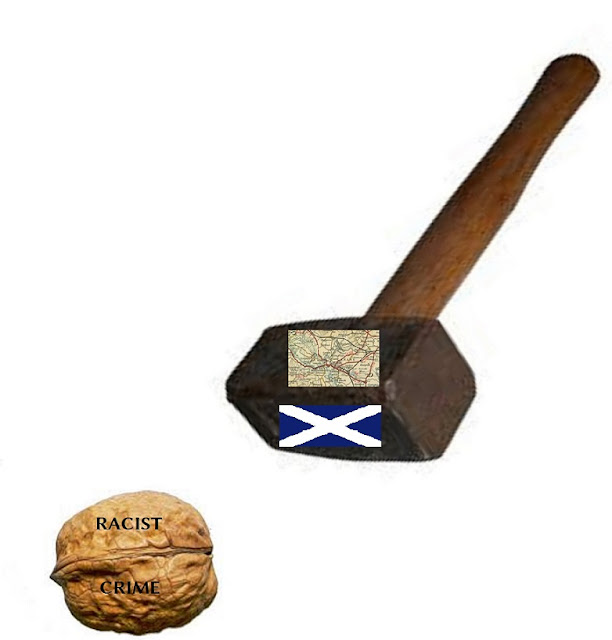 My weekly inspection of HMCTS` own blog on the topic of extending courts` hours shows that specific questions in relation to magistrates` involvement in this pilot posted on July 25th by "May" have as yet received no comment from HMCTS.  I`ll look again next week.  The original post on HMCTS is copied below:-

Have you secured sufficient numbers of magistrates to the proposed rota for extended hours? Similarly have you DJs in place. If to my first question the answer is "no" will you attempt to use DJs more often? Have you sufficient of them for your proposed needs? Do you have a division of sittings in mind for JPs and DJs?

To matters more serious........In my previous life I was an eyecare professional and therefore have a particular interest when legal matters however remotely connected to that activity come to my attention whether in hospital, optical practice or concerning the regulatory authorities of such professions and related bodies.

The pervading association of racism with many summary and either way offences has become common place over the last twenty years.  Indeed the use of the ubiquitous phrase "hate crime" is like an amoeba or a gigantic ever spreading blob and has kept a myriad of snotty nosed weasels in Petty France hovering over their keyboards at the slightest possibility of widening the net into which  extensions to the law might be possible.

In some respects the Scottish legal system has unique aspects all of its own. But in the case reported here the principles are quite clear.  It is not a matter of a professional refusing to treat or accept a patient or client owing to racial or ethnic preferences and/or prejudices an act which at the least could give cause for an appropriate regulatory body to consider charges even if the matter didn`t lead to criminal proceedings.  It is a person requiring optical advice or treatment who does not wish to engage in social intercourse with someone of Asian heritage and says as much.  There is no mention in the report of any foul language or aggressive act or words being used such as to put a fear of violence to or upset the equanimity of the "victim".  Of course that is open to speculation.  Only those in court at the time know the full story.  But for the sake of argument accept the report at face value.  Do the actions of the guilty party seem worthy of a guilty plea? Being personally aware of how CPS in England can ramrod cases with little evidence against poorly educated unrepresented defendants into guilty pleas this case leaves me slightly disturbed.  Is this not an incident which perhaps unpleasant did not have to have the full weight of the law behind it.  The fact of there being reports requested before sentencing indicating a punishment in excess of a fine I consider akin to the old story of the nut and the sledge hammer.

Met Police officers investigated over sticker on van Posted on 07th August 2012
Sentencing of gang who conspired to free two men who were sprung from prison van Posted on 29th April 2014
A man was struck in the head by a hammer after he came to the aid of his neighbours ukcri.me/61680 Posted on 14th April 2015
Jewellers shop robbed in south Manchester Posted on 19th December 2014
Man struck with hammer after intruders break into family home Posted on 21st July 2014
Man who beat woman to death with a hammer in front of her child pleads guilty to murder ukcri.me/61198 Posted on 17th March 2015
A man was hit with a crowbar in a cash-box robbery in Trafford Posted on 12th September 2014
Watch: Shopkeeper see off 4 robbers 1 who was armed with a hammer Posted on 11th February 2015
Mitchell Tace Chapman charged after making offensive remarks on twitter relating to the flight MH17 crash Posted on 24th July 2014
BEING FREE TO OFFEND Posted on 14th February 2018