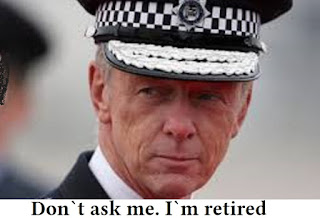 Last week I commented on new guidance produced by the College of Policing on the conduct of cases of alleged misconduct by police officers. The last paragraph of the website page is copied below:-

â€œThis new guidance, while acknowledging that every case must be decided on its own facts, will assist those chairing misconduct proceedings by ensuring they have to hand all of the relevant criteria they may wish to take into account when determining whether there is a conduct breach, and if so, the appropriate level of sanction to be imposed.â€

Last week also saw the results of an investigation into alleged cases of gross misconduct (a sackable offence) by four officers of the Met. The essence of the charges was that that they pursued a teenager on a powerful moped, a person eventually found with seven bags of skunk and several mobile phones, who died allegedly as a result of the alleged police pursuit.  A newspaper report of the affair is available here.  A pdf link to the IPCC report 2014 on the matter can be found here. In the light of an inquest jury`s decision last year that a pursuit had indeed taken place there must be some disquiet over the whole affair. The actual misconduct transcripts do not appear to be available on line but what is in the public domain is the reply from the Met to the Coroner who presided over the inquest copied below:-

All in all if this case is to be considered in the light of the College of Policing Guidelines it apparently fails to convince this observer. 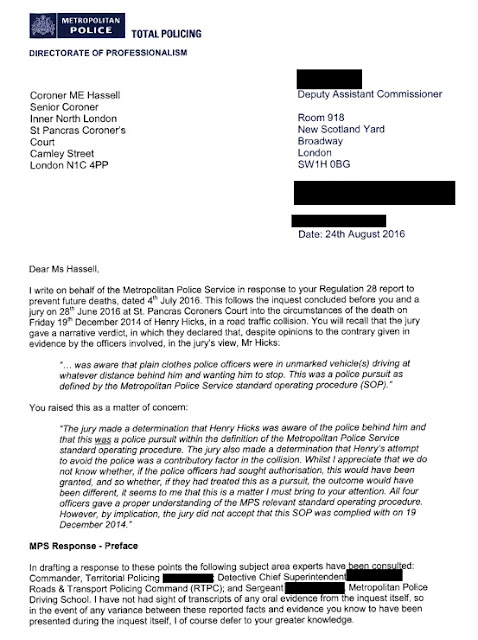 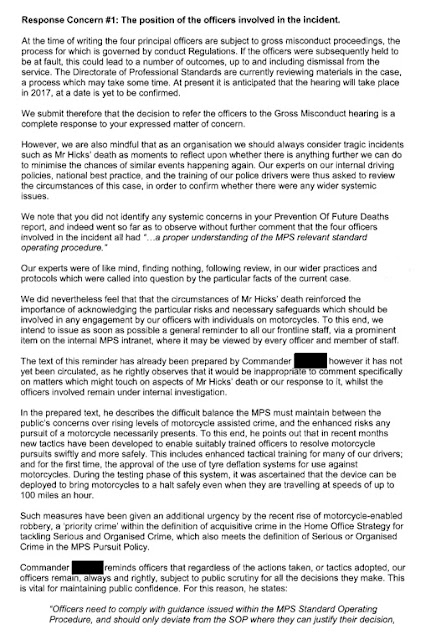 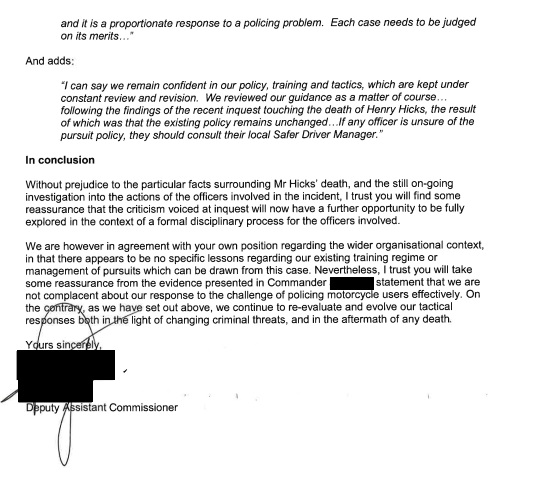