LESS IS BEST FOR BENCH CHAIRMEN 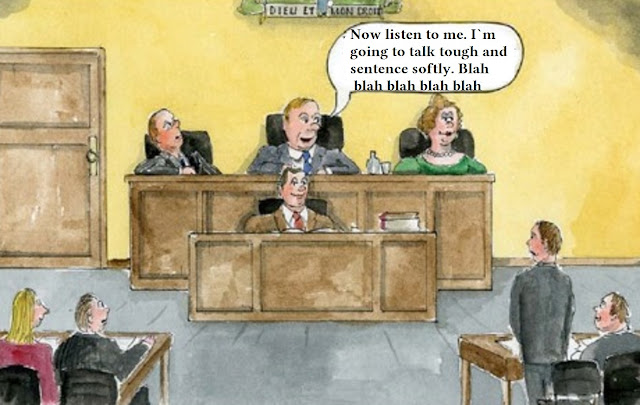 We all know the story of the boy who cried wolf.  Generally it`s a universal lesson and there is no downside to following its example:- shut up until the deed matches the word or vice versa.  Bench chairmen should follow that advice but unfortunately there are some who perhaps by way of liking the sound of their own voice or just plain foolishness devalue the core what they intended to say.  Such was the case recently at Boston Magistrates` Court. When the chairman told a defendant that " they are at the end of their tether" .........To be completely worn out, exasperated, or exhausted; to have no more patience, endurance, or energy left  one would have expected an exemplary sentence to have been imposed. One would have been disappointed. Read the report here.  My own experience in addressing offenders is generally less is best for American presidents and bench chairmen.