JURY REFORM IS ONLY A MATTER OF TIME 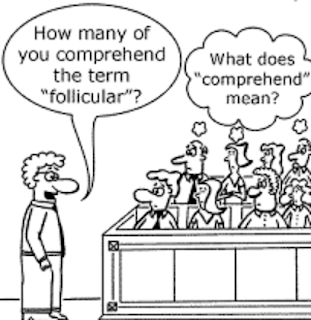 I have never served on a jury so my knowledge and opinions could be termed hearsay to some extent.  Lord Justice Singh certainly is an expert although from his exalted position he too has no practical experience of what it`s like behind closed doors sitting with eleven people he`s never met and trying to decide what would probably be a life changing decision for an individual.

I`ve posted here more than a few times on problems with juries. Two such posts were 14th April 2015 and 13th February 2017.  L.J. Singh is following very very slowly in well made footsteps as is the snail paced progression on the legal topic so common when a government and senior judiciary are walking on eggshells.  He suggests eg that jurors should be presented with written information on presenting themselves for the forthcoming trial; my my, what a superb suggestion........no, more than that; what a brilliant suggestion that could only come from one so steeped in the law as a Court of Appeal Judge.  Judges are just too afraid to grasp the nettle.  There never will be confirmation but I suspect that there`s more than just a minority of judges who would gladly dispense with the jury system.  Perhaps their silence is one of intent.  Allow more cases to be seen to be called into question by irregular actions in or out of the jury room and the case will eventually be clear to all, so they might think, that judges are in a better position to ascertain innocence or guilt than the common man formally seated on the Clapham omnibus.

In practical realistic terms should a potential juror firstly be restricted to being a British citizen?  Would it not be a simple matter to send to those selected printed or digital information of what is expected and what is prohibited? Should juries in England & Wales not be reduced to the odd number of 11 and requiring eg a 7:4 majority if unanimity cannot be achieved? And what about a juror with specialist knowledge  of some technical matters which might be heard in evidence. S/he would not need to consult Mr Google or Ms Wikipedia to know the truth or otherwise of these matters.  Is making his/her knowledge available to fellow jurors worthy of report to the judge, contempt of court and a re-trial?  I recall a case where my own expert professional knowledge was in direct contradiction of a witness`s evidence.  I did not withhold that information from my two colleagues and I do not consider that my action was against my oath.

There are of course many aspects of jury selection that can be criticised. If my previous posts as above have been perused any more comment now is superfluous.  But one thing I`m sure of: the jury system as currently prevailing is on borrowed time.  How and when it will be reformed or abolished is a matter for a TimeLord not a retired magistrate but it will come; of that I`m sure.