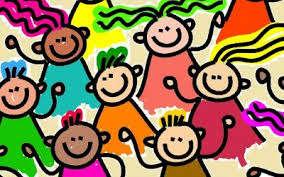 For very many years the governments; Labour, Coalition and Tory have been less than expansive about the number of illegal immigrants in this country including those who arrived legally and overstayed. Indeed that evasiveness was no doubt a factor in the arguments on immigration prior to the Referendum.  The Right criticised the Left for its attempts to play down the problem and the Left accused the Right of little short of racism and bigotry.  There is one certainty and that is government still does not know the numbers of foreigners living  here.  From time to time we read in the media of those illegals having children in the UK and using that as an argument under Human Rights that their stay in this country be legitimised.  Since June 23rd last year various measures have been put in place to determine the nationalities of people who fall into certain groups which have contact with state authority.  All defendants in court must now state their nationality. Surprising no one the legal profession has been blowing its top into a so called breach of rights.  Now a similar uproar has occurred over the requirement of childrens` parents or guardians to name their child`s nationality as part of a schools` census.  IMHO with education defects being seen as a major problem from low industrial productivity to the limiting of lower social class children being able to climb out of poverty it seems perfectly reasonable to have facts on the nationality of such where eg lack of English as a native language in the home might be proving a detriment to inherent ability.    Of course the Left immediately cries racist or fascist in any situation where it thinks it will enhance its support amongst new arrivals.  To that extent a High Court Appeal against the census is underway by a group calling itself Campaign group Against Borders for Children.  I sincerely hope that appeal fails.