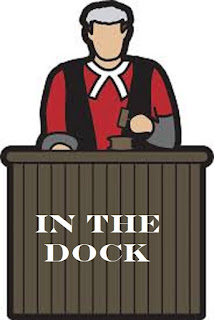 So far this year the Judicial Conduct Investigations Office has issued various pieces of "advice" to three magistrates. These "investigations" in general are very often directed against those who do not perform the required number of sittings (perhaps c40% of total) or those whose behaviour or speech is considered inappropriate.  For obvious reasons where matters of sentencing by magistrates are concerned the appeal system at crown court prevails. But what happens when a judge`s sentencing decision is so out of kilter with accepted norms i.e. Sentencing Guidelines that the Appeal Court doubles the previous sentence?  My understanding is that such cases would be dealt with "informally".  This seems to fly in the face of procedures of a similar if different significance with other professions.

In the current climate of mistrust and/or failing confidence in government in general, experts in particular and our criminal justice system above all such "in house" secretive "advice" to the bewigged should be in the public domain and the longer the wig the louder the sanction.