THE CPS SHAPE OF THINGS TO COME 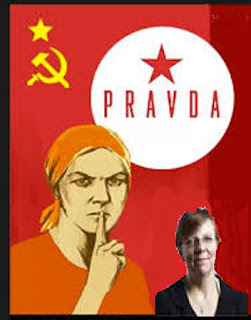 Two weeks ago I posted on the news that the Crown Prosecution Service was publishing its own court reports.  It seems that this is merely the beginning of a campaign by said organisation to control the news.  The finding of gross failures  in its procedures that have caused outrage in legal circles notwithstanding the personal traumas inflicted on innocent parties must have inspired its discredited DPP to accelerate the program.  With the decline in local court reporting by local media it is not unlikely that a case spun by the weasels of the CPS press office will be at best a PR moment or at worst a sign of government managed news eclipsing other sources.  Where has been the comment  of libertarians and those who value a truly free press? Justice is being assailed from many quarters.  The new CPS beta version website might not be PRAVDA but it is an unwelcome sign of things to come.