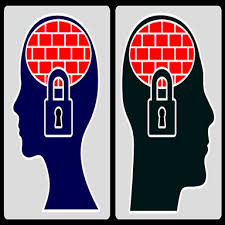 I have posted from time to time on jurors and juries. Use the search box if required to find a few previous contributions. According to an interesting piece in the "Conversation" juror problems are on the increase.  Apart from a fact that really annoys me insofar as jurors do not have to be British citizens nor demonstrate their ability to comprehend possibly intricate constructions in the English language a juror`s individual knowledge which is in conflict with evidence is not addressed. My own professional experience and knowledge when I was active was in direct contradiction of a witness`s evidence. This was not knowledge gained by using the Internet or a reference book which is expressly forbidden for magistrates just as it is for jurors; it was in my memory and for justice to be done I informed my two colleagues with 100% certainty  that the witness had lied. If I had been a juror would demonstrating that knowledge have led to my being reported to the judge and held for contempt?

With the secrecy of the jury room more closely guarded than a papal conclave I do not know the answer. With judicial hints that judge only trials are likely for one reason or another to become more common such a minor point as above might assume increased significance.  As eligible citizens we have a right to know where the boundaries are?