READ ALL ABOUT IT! STRAIGHT TO THE POINT 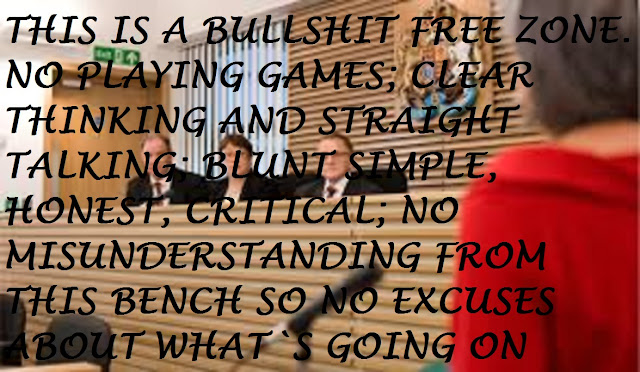 When I was active  as a chairman I rarely if ever used the pronouncements as listed in the Bench Book. I was not an actor with a script; I spoke to witnesses and defendants as I would have liked to have been addressed were I in their position. Most of all it meant that simple English was used that would be understood readily without need for further explanation unless of course a witness had English as a second or third language.  The chairman of the bench at    Flintshire Magistratesâ€™ Court at Mold, was to the point when he told an offender, "you were conned".  He was referring to so called advice given by this firm of solicitors. A clap on the back from me to the chairman. Read all about it.