FROM THE PARLIAMENTARY HORSE`S MOUTH 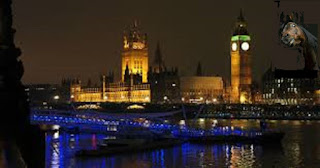 A couple of recent statements and information from the House of Commons.

The first copied below is part of a speech from Alex Chalk, Conservative MP for Cheltenham on the Grenfell Inquiry.  His words should be noted by those who criticise magistrates for not having the intellectual ability to understand complex cases.

"From my experience, just an appeal from a magistrates court in a relatively modest case will involve a judge and two lay assessors. That is why it is critical that the other members of the panel, which includes Mr Justice Moore-Bick, have decision-making power. They cannot simply be there to be thought of as making up the numbers; they must bring their weight of experience from the community and shared understanding. By the way, over many centuries lay people have shown themselves well able to analyse complex issues and do justice. To those people who might suggest we have simply a single judge, it is no answer to say, â€œOh, itâ€™s too complicated, too difficult, too technical.â€ Lay people are capable of understandingâ€”of course they areâ€”as long as matters are properly presented, and I am sure they will be."


An interesting parliamentary answer yesterday on the cost of pre-sentence reports is copied below..

Rory Stewart The Minister of State, Ministry of Justice

Information is available on the direct staff costs of preparing a pre-sentence report, based on the average time in which it is expected that reports will be completed. These costs include the time spent by the officer in court to deliver the report.
The average assumed cost of each type of report is shown in the following table:
Information is also available on the annual volume of pre-sentence reports delivered in courts across England and Wales in 2015-16 and 2016-17. Full-year figures for 2017-18 are not yet available. The following table shows annual volumes of pre-sentence reports ordered by the courts for 2015-16 and 2016-17, together with estimated total costs. These estimates are based on the average cost figures given above and the planning assumption that 60 per cent of all reports should be delivered as oral reports, 30 per cent as short-format reports and 10 per cent as standard-delivery reports.