OUTSOURCING SCANDALS, BREXIT, MAY MUST GO 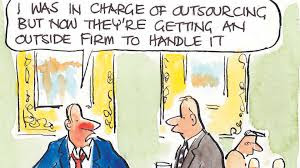 From the days of Margaret Thatcher outsourcing has become a watchword for successive governments.  The philosophy behind this form of contracting was and is that much of the expenditure was off the current balance sheet, capital expenditure could be reduced with the price paid  being contracts that were not fit for purpose and trade unions would not have power over the outsourcing company`s employees as they (the employees) would be beholden to the company and not direct government) thus reducing union ability to control or influence said workers.  There have been many scandals affecting these companies and many have direct contracts with the MOJ and Home office  eg running prisons, transportation of prisoners to and from court, probation services, providing translation services for police and courts.  One such company is Sodexo. In 2013 the company was intimately involved in the horsemeat scandal.  In 2016 at Its Bronzefield Prison there was the tragic death of a prisoner.  A year ago its Northumberland Prison registered a death in custody.

Last year Sodexo won a large order for the Department of Work and Pensions. However last week the company was fined Â£304,925 for operating a river cruise boat  without a valid Domestic Safety Management (DSM) certificate. This omission put the lives of passengers at risk.

In the mind of this capitalist supporting blogger outsourcing in general, not forgetting the scandals involving hospitals and care homes, has reached its sell by date. This and previous government by not restraining raw capitalism which has been allowed to run riot, the Carillion collapse of last month being just the latest example, is bedding in the possibility of Marxists entering numbers 10 and 11 Downing Street. With the current occupants there tearing each others eyes out over Brexit they have lost sight (pun intended) of the basis on which this country has provided our still just about coping standard of living.  MAY MUST GO before it`s too late.