THE PERCEIVED QUALITY OF LAY MAGISTRATES 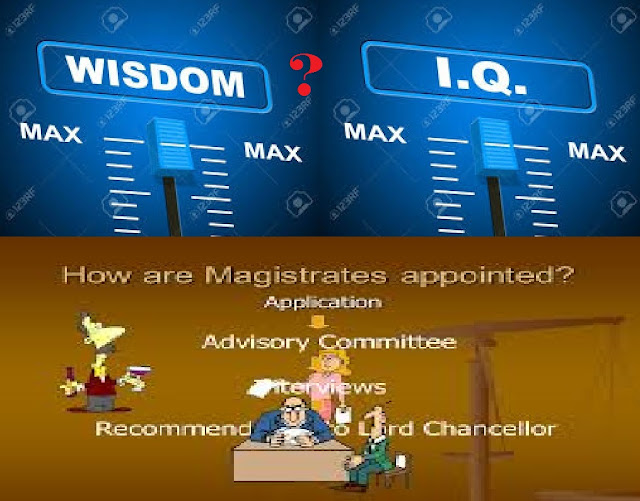 There are around 16,000 magistrates in England and Wales and around 300+  District and Deputy District Judges (MC). It has been the practice since time began that the powers that be namely Justices Clerks or their Deputies who run individual courts to allocate to DJs those matters which might be of public significance, supposedly too esoteric for the lay magistrate too understand or involve complicated law.  I have in the past whilst active but to deaf ears protested about this syphoning of cases. The legal profession by and large disagrees with my point of view and to some degree I can understand this.  There is a large minority of Justices of the Peace whose limited intellectual capacity would be exposed if presented with arguments which strained their brain matter.  Nevertheless IMHO justice is seen to be done when a mini jury of three brings in a verdict as opposed to a single professional District Judge. Such might have been the case last week when a police officer who tasered her force`s own race relations advisor was acquitted of  assault by the unlawful  discharging of a taser gun.  It seems that according to the report "Judge Ikram said: â€œThe issue for me is whether the prosecution have persuaded me that she didnâ€™t act in self-defence. The prosecution failed to persuade me and she is found not guilty of assault for that reason.â€"  Presumably the court was shown the video evidence.  My point today is that a jury of three lay magistrates might well have come to a different conclusion in this case.  The corollary is if the Appointments Committees up and down the country fail to appoint the best candidates or make up required numbers by reducing their standards the argument for restricting cases such as this to paid civil servants on the bench will continue in a vicious circle until the magistracy in its current form will be precluded from presiding over any public court.