MAXINE DE BRUNNER: A DISGRACE TO THE POLICE 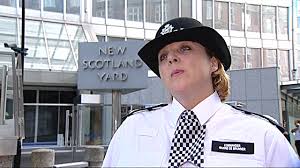 Recently BBC TV has been showing short docudramas from forty years ago; "Law and Order" in which the corruption of the Metropolitan Police, often hinted at but rarely investigated, is depicted in all its rotten reality. That rottenness has never been entirely eliminated owing perhaps to political awareness of what problems and embarrassment the revelations would cause or the fact that the corrosive constituents are still in place; greed, pride and ego.

The history of an ex senior Met officer Assistant Commissioner Maxine de Brunner is a history of all that is wrong with the Met. I first commented upon her activities  on 10th June 2016  and then a month later and finally on 19th August 2016.  This sad sordid story is now concluded. Chief Inspector  Adrian Denby a decorated and respected officer has been awarded Â£870K as a result of de Brunner`s sex discriminating actions against him. That it has taken two years to achieve the wronged officer`s vindication is a disgrace.  That the Met is considering an appeal compounds its folly. What is equally disturbing is that the Home Office refuses to divulge under the Freedom of Information Act the numbers of senior police officers convicted of misconduct; such refusal being only an indication of how serious misconduct by senior officers is on the increase and that the confidence of we the public would take a massive hit if the truth were known.