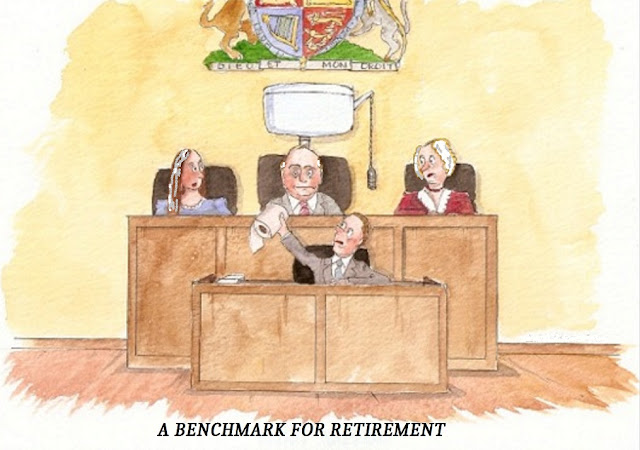 For as long as I can remember since joining the bench there have been two underlying causes on their wish list from magistrates individually and as a collective; to increase sentencing powers and to increase retirement age.  As far as the former is concerned there is absolutely no chance of that being granted unless the legal climate experiences a  catastrophic warming.  The question of compulsory retirement at age 70 is more contentious. Firstly the trend for some time as the baby boomers retire is to under resource replacements owing to the gradual but steady increase in District Judges who by their very positioning have been ready, willing and able to forfeit the dubious advantages of steady employment or self employment  in the private sector for a pensioned position in the civil service where they are unlikely, in line with their senior colleagues, to question the actions or directions of the executive paying their wages until they are in a receipt of a juicy pension. There is of course the equality [no discrimination] argument where age related compulsory retirement is illegal in the private sector. Add to that the very reasonable argument that oldies are holding up the progression of younger magistrates and the arguments for and against are likely to continue.  The government certainly is not offering any clues to its thinking judging by the answer below to a recent parliamentary question. So don`t hold your breath.  You`re liable to suffocate before there is a change of policy at the MOJ. 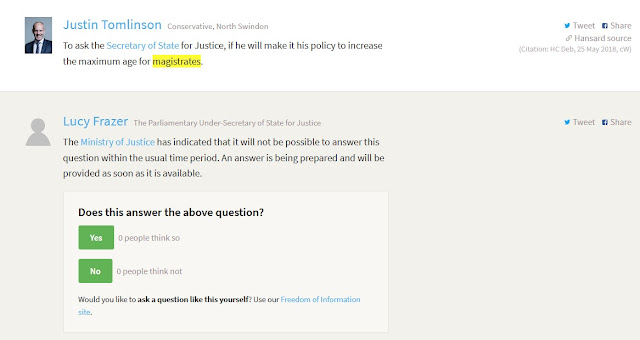