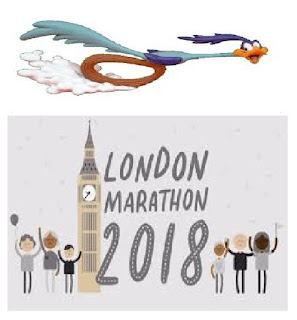 Sourcing news which might be of interest to magistrates especially when returning to the keyboard after a time away rarely fails to surprise.  But surprise doesn`t do justice IMHO to the man who was jailed for assuming the identity of a registered runner at the London Marathon.  He was convicted of *fraud by false representation; an either way offence. The report is available here.  It would seem that the sentence of four months custody was based on the court`s maximum with one third discount for a guilty plea.  It is not unlikely that sentencing for the other offences was concurrent. My question is just how on earth could a lay bench justify in these times such a heavy sentence. Of course we know nothing about any previous convictions he might have had but considering that only about 4% of those sentenced at the lower court receive a custodial sentence this outcome seems arbitrary.  I would opine that if his representative did not immediately file an appeal against sentence there and then she failed in her professional duty.  About a half of such appeals succeed.

The defendant:
The offence is entirely focused on the conduct of the defendant.