WHEN LEGAL ADVISERS BARE THEIR TEETH 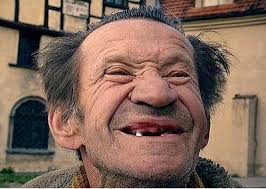 J.P.s are appointed on the basis of their possessing many of the qualities thought to be necessary to do the job. Whether the job template needs altering is another matter for another time. Although there are lawyers on the bench there are also many other highly qualified people and some not so qualified in academic terms. The legal adviser is there to ensure that decisions made by justices are lawful although that does not preclude a very small minority of decisions going to appeal. I myself have been on a bench whose decision on a property matter some years ago went to appeal at the Queens Bench Division; it failed. Over the fog of time I recollect that our legal adviser when told of our original decision was surprised but when she heard of our structured approach to reach that decision admitted it could not be faulted. And that is as it should be. In my opinion she performed her duty to the letterâ€¦..that her conclusion might have differed from ours had she been on the bench instead of in front of it is not relevant.

These thoughts passed briefly through the space between my ears a couple of months later when we were considering a case of possession of a bladed article. Unless a person has a specific good reason for having the item in his possession he is guilty. In addition that reason must also apply to the moment of possession. So a carpenter eg who uses a particular knife for his job but is found in possession on a Saturday night out is guilty but if he were in possession one morning driving his van between jobs the defence could apply.  Our defendant, an illiterate Kurdish man in his sixties, had been found with a small fruit knife at the bottom of a shopping bag when stopped at a department store on suspicion of committing theft. His defence was that since he had severe untreated dental problems the knife was needed to cut fruit the mainstay of his diet. We were told that he made some money doing odd jobs here and there and he confirmed that he ate a lot of fruit at home and when he was out working because it was relatively cheap and nutritious but that he needed the knife as his teeth were so bad biting was almost impossible. At this point he demonstrated to all that his few remaining canine and incisors were very loose. The prosecutor herself was on shaky ground and this wizened old man held fast to his version of events. The total sum of the CPS evidence was the finding of the knife which was of course admitted.

Some legal advisers take a more pro active approach to their role than others. It was my practice to tell the adviser that either we would ring for him/her when required or to allow a certain time before joining our discussions. Certainly, unless the situation was very unusual, I did not invite the adviser to join us at the beginning of our deliberations; any legal advice being given in open court.

In the above case we decided that there was a valid reason for possession and asked our L/A to join us as we began to write our reasons. He asked us to confirm that we had followed a structured approach to our decision and that we truly were aware of the legal interpretation of possession at that moment. We explained that we considered the â€œmomentâ€ was an ongoing event owing to the defendant`s continuing inability to eat fruit in the normal way and cutting small pieces was reasonable activity with the small kitchen knife. However instead of accepting our decision he continued in an attempt to change our minds. He did not succeed. Our decision making was based on a correct application of the judicial structure in which we all received very high quality training and reviews.

The L/A referred to above in the property case that went to the Divisional Court accepted our decision when assured it had been correctly derived although she admitted her conclusion might have differed. She became a Crown Court judge. There is a moral there somewhere.