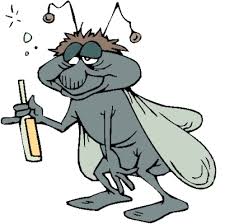 A couple of days ago I was sitting comfortably at my desk top typing away merrily at a speed which allowed me every so often to take my evening dose of muscle relaxant without spilling a drop until unnoticed by me a fly had decided it could no longer resist the smell of pure malt and decided to commit hari kari in a manner that even Rob Roy or Braveheart would have appreciated. Spooning away the now inebriated six legged intruder I took another sip safe in the knowledge that no bacteria could survive the 47% proof alcohol and continued putting the string of words within my cortex into a meaningful order before fingers once again tapped keys. A few minutes later and would you believe the thousand eyed identical cousin of the winged invader had also decided to see if immersion in a fine Scotch malt was worth dying for. So for all makers of fly traps I have a tipâ€¦â€¦bait them with your favourite tipple from the glens.The imbibing was an absolute necessity after coming upon two stories which for me became very personal indeed. 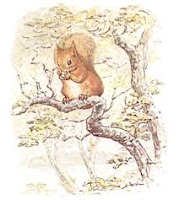 Beatrix Potter in 1903 little realised that a charming story of a red squirrel would in its own sweet way lead to the conviction of a man at Burton Magistrates` Court under the Animal Welfare Act of 2006; another of these pieces of useless legislation that passed without a whimper through the bowels of a rotten parliament to be excreted unsuspectingly in the path of many right minded citizens going about their everyday duties of doing the best for themselves, their families and utilising the little piece of England that most would know as their garden. The original Squirrel Nutkin was Sciurus vulgaris a red squirrel. A native of this island it lives in coniferous woodland and survives on a diet of nuts and seeds. Around the time of the publication of Squirrel Nutkin the story goes that a pair of grey squirrels Sciurus carolinensis was introduced to Britain and has led to a current population of about two and a half million. Unlike the red which is endangered and is now confined to very few areas in Northern England and Scotland the grey is a wonderful example of Darwinism at its best. It is widespread everywhere and is as much a pest to suburban environments as its cousin the rat. Until 2006 like many wild creatures its welfare was covered by the Wild Mammals [Protection]Act 1986 which protects all wild mammals from cruelty. At its core the Animal Welfare Act of 2006 has in its first line the following:-(1) In this Act, except subsections (4) and (5), â€œanimalâ€ means a vertebrate other than man.
Bit of a catch all is that clause. Break a mouse`s back with a trap and one is caught.

Magistrates must apply the law which in my interpretation means that if that law is broken the offender is guiltyâ€¦no doubts, no ifs, no butsâ€¦â€¦s/he is guilty but if a bench takes a view that the charge need not have been brought or is relying on the letter rather than the spirit of the law there are disposals which can indicate this; an absolute or conditional discharge can be applied and the costs requested can be discounted to zero if thought appropriate. In 2010 Burton Magistrates in my opinion took a somewhat perverse view when Raymond Elliot admitted causing unnecessary suffering to a grey squirrel by trapping and drowning it. He was given a six month conditional discharge but ordered to pay Â£1,547 prosecution costs. Grey squirrels are pests. I have had them ruin plants in my garden, steal food left out for birds, eat birds` eggs, invade my loft causing a nasty mess and via a chimney come into my house causing havoc. I have used traps and a high powered air gun to rid myself of them and I continue doing so. This law is itself a trap. It is an example of all that was on the surface touchy feely about Blair and New Labour but red in tooth and claw underneath. So if this legislation is used to bully any reader here for exterminating a mammal which is called vermin by any other name think thoroughly before pleading guilty because an Act which has as its first line quoted above makes us all guilty.And to the second matter this week in which I had a personal connection being a bench chairman at the time; the fellow Justice of the Peace who was forced to apologise by senior judges for saying in court to an immigrant that â€œhe had abused our hospitalityâ€ was only saying what many of my colleagues and I have said in various contexts in a variety of formats to those from abroad who have appeared consistently before us for usually common offences of no insurance, shoplifting, affray etc etc. We are supposed to be local people with local knowledge dispensing local justice but that is no longer the case. But we certainly are not mouthpieces for high level individuals who usually describe shovels as long handled implements with a metal bit at the end for digging the earth. The details of the incident were not  disclosed whether to protect the J.P. or to protect the grand members of the higher judiciary who with their high handedness once again were seen to be reverting to form of being above rather than part of society.