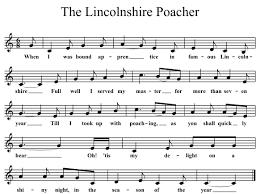 More than a decade ago national sentencing guidelines were introduced to avoid or minimise sentencing by postcode.  This innovation in hindsight can be marked as the beginning of the end of what had euphemistically been termed "local justice". We have come a long way since then.  Magistrates are now accorded the privilege? of being qualified to sit in any local justice area in England and Wales when previously they were limited to their "home" court.  Whether one agrees or not this is the situation.

A lawyer addressing magistrates in Boston Magistrates Court pleaded for his drink driving client to have a reduced ban cf similar miscreant in London who could avail himself of the myriad transport choices in that city cf rural Lincolnshire. I must admit that that is the first time I have heard of mitigation along these lines.  Imagine if courts could act retrospectively if the mood chose them.  There could be special reasons based on the supposed historic inbreeding in East Anglia, they could designate fines in bushels utilising the high number of those employed in farming,  two thirds in the county voted to Leave EU so learning French could be a part of community service.

I suppose the lawyer in question was just trying to do best by his client.  I wonder what his approach would have been faced with mitigating a Lincolnshire poacher?