NO END IN SIGHT FOR ADDICTS AND THE DESTRUCTIVE JUSTICE SYSTEM 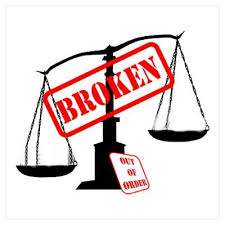 "Sentencing Collins to eight weeks in custody, bench chairman Graham Commons said that he felt there was a gap in the criminal system to deal with people like him.
He told him: â€œWe donâ€™t normally get customers as cooperative as you, so thank you for being cooperative.

â€œAll I can say is when youâ€™re in custody please try and get the help that youâ€™re asking for.â€

The above is copied from the Huddersfield Daily Examiner.  The sentiments of the bench chairman are exactly in line with my thoughts formed many years ago on drug addiction. I have commented similarly many times here but rarely has the current situation been more clearly expressed and reported within a magistrates court. Only by the combined efforts of a courageous Home Secretary, a Justice Secretary who actually has balls and a Health Secretary with no leadership ambitions defying his civil servants and perhaps his boss will anything like the correction action be taken. Needless to tell, the current destructive process for addicts going through the justice system will continue indefinitely.