MORE BLAH FROM THE MOJ 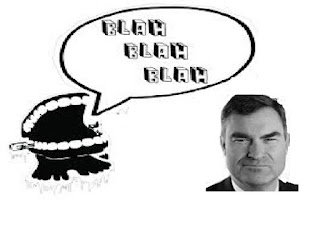 Criminals with drug, alcohol and mental health problems could avoid jail after ministers branded short prison sentences â€œineffectiveâ€.
David Gauke, the Justice Secretary, wants â€œvulnerableâ€ offenders to be given community orders requiring them to undertake treatment instead of going to jail.
But the scheme, being piloted in several regions, risks a backlash from victim groups amid fears that criminals could play the system to avoid prison.
Under the initiative, psychologists present in court assess offenders who could be eligible for a community order. Local panels of justice and health officials will provide information to magistrates and judges so they can determine the appropriate outcome.
The Ministry of Justice said the measures have already resulted in more Community Sentence Treatment Requirements (CSTRs) being issued. Government research has found less re-offending among those who undergo treatment.  In a speech today Mr Gauke will say: â€œWe are all clear that we need to do more to support vulnerable offenders in the communityâ€¦ We need to do more to raise awareness and increase confidence in treatment requirements and I look forward to exploring how these sites progress.â€  Since the pilot sites went live in Birmingham, Plymouth, Milton Keynes, Northampton and Sefton on Merseyside, initial figures suggest that more than 400 CSTRs have been issued.
District Judge Richard Clancy, lead judge at the Complex Case Court in Merseyside, which is part of the Sefton pilot scheme, said: â€œTo have a trial scheme where the court has on-site psychologists capable of testing suitability of a defendant for a mental health treatment requirement, so that such a community order can be made by the judge on the same day without need for adjournment, is a remarkable and innovative move which I fully support.â€
Community sentences can include offenders being required to carry out unpaid work as well as attending centres for their addictions or health issues.

The above is copied from The Telegraph.  Over the last two decades governments of both colours have been responsible for closing dozens of mental hospitals and refuges.  Indeed the building closest to my house about three miles away founded in 1851 as an asylum  and later was a NHS  psychiatric hospital was closed in 1993 as were so many others similar. It is now a very desirable address where Premier League players are known to have flats. Judges and magistrates have been aware for many years that the provision for the 70% of offenders who have addiction problems; drugs and/or alcohol is very thin on the ground.  The numbers of professionals available to treat such offenders is nowhere near enough to offer a prompt effective route to abstinence.  The only sensible way forward is to remove the court journey to that of a medical pathway for such offenders. That means that drug taking [not dealing] must be de-criminalised.  Secure facilities must be constructed where appropriate offenders are forcibly incarcerated.  In previous posts I have termed these places as "workhouses for the 21st century" where they are released when it is considered they are clean and no longer a threat to a peaceful society. Some may comment that this  is draconian.  I don`t disagree but where we are now and where this Justice Secretary wants to go are just not possible even with all the press releases and their blah blah blah.