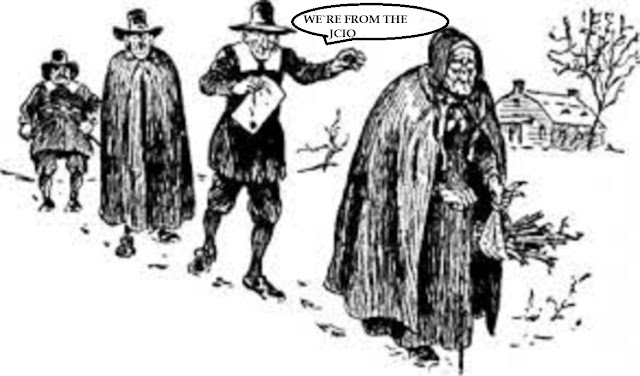 THE JUDICIAL CONDUCT INVESTIGATIONS OFFICE is the star chamber where judicial office holders are held to account.  Its machinations are secret.  Investigations are conducted far from the public eye.  In that respect itself one must suspect the integrity and/or fairness of its deliberations.  Secrecy in government departments is guaranteed to raise questions but I cannot recollect any serious journalistic inquiry or reference to this process little known outside the legal fraternity.

Today it has published its latest findings...........copied below. 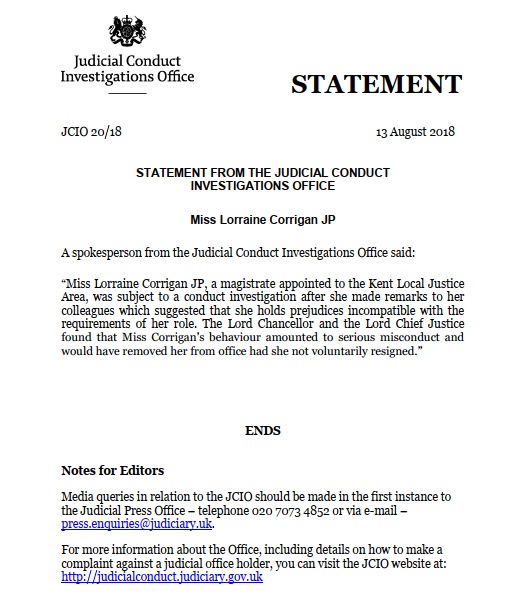 The very wording, "remarks........which suggested that she holds prejudices..........." is enough to consider that this accusation was perhaps on less than solid ground.  The fact of the accused`s resignation does not detract from that.  The mental stress of such proceedings would be more than enough to break the resolve of even the strongest personality.  The expense of defending such a charge is enormous. Magistrates have no group defence body. Of course we know nothing of the actual case except the result.  This is not justice.  It could very easily be a modern witch hunt.