IS APPEAL TO A HIGHER COURT A LOTTERY OR SUPERIOR JURISPRUDENCE? 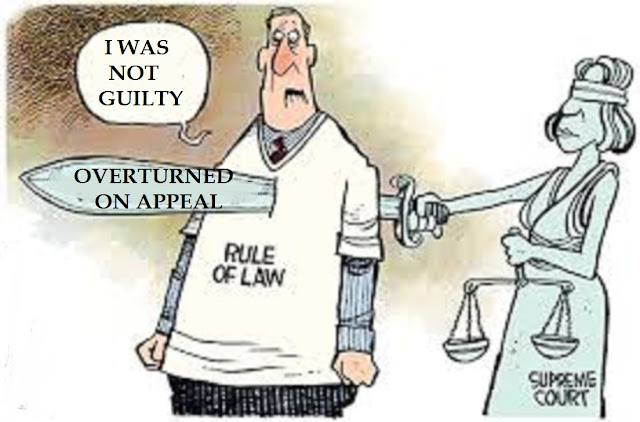 The Court of Appeal has yesterday reinstated Dr Bawa-Garba to the medical register. Readers will be knowledgeable of the details. I do not intend to discuss the rights and the wrongs of the final decision or the ramifications for the NHS.  My point is to understand the differences between that court and the Supreme Court from a lay person`s point of view. The major difference is  that the latter is administered under a chief executive and is the highest court in the land. Yesterday`s result I suppose could yet be taken to the Supreme Court.  The brains on those courts are presumably the highest of the applicants who applied. From the lower court some will find their way to that Supreme Court.  Are we to consider that intellectually and legally minded there is a superiority of one over the other?  Or is it that there are two courts sitting consecutively and the verdict of the second supersedes the first? Is a judge in the Court of Appeal verdict which was eventually overturned who differed from his colleagues and in effect brought in the same result as the Supreme Court would do in the future appeal to be considered a more suitable contender for that court than the colleagues whose verdict was overturned?  In a similar argument would it not be prudent for two juries to sit on the most serious cases so that two verdicts of guilty are required for conviction?   In other words with the current system of appeal is it as much a lottery as superior jurisprudence?