PROPAGANDA OF TV FLY ON THE WALL JUSTICE 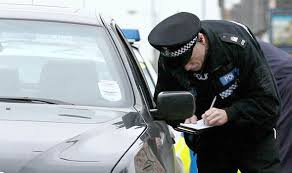 The area where most decent law abiding citizens come into contact with police is when driving.  Owing to the discretion allowed the police their attitude in any individual case could leave a life long impression.  Nowhere is this discretion more widely operated than when a minor infringement of road traffic laws has been observed. Breaking lower level speed limits is one such infringement.  On motorways there is no excuse for breaking the 70MPH limit except in very exceptional circumstances eg to avoid a collision. And especially when many  new cars have cruise control or adaptive cruise control which being radar operated brakes automatically when approaching too close to the vehicle in front. But in towns and built up areas concentration on other traffic factors can lead to a momentary breaking of a 20MPH, 30MPH or 40MPH limit.  For police to seriously consider that 1MPH over those limits warrants the issue of a ticket and 3 penalty points is a further signal that the police in this country are setting their own agenda. Increasingly they are losing the goodwill of the public they serve by failing in their primary purpose of preventing breaches of the peace and the investigation of lower levels of real criminal activity. Of course police forces have been decimated by reductions in funding and the personnel required.  We can thank Theresa May for that although she would like us to forget that she was six years home secretary and authorised the cuts in resources.  Nevertheless during my last motorway journey last weekend of 200 miles  I did not observe a single police motorway patrol; a place where they would have been of more use than in many towns. Or perhaps they keep their efforts live for reality TV programmes where many parts of the justice system seem to be popping up with unfailing regularity. Detectives in live action and the CPS now have fly on the wall TV time. I suppose the relatively low costs per hour to the TV companies make such programmes worthwhile and for the forces of law and order such propaganda is an effort to whitewash their inefficiencies and reducing lack of public confidence.