LOCAL JUSTICE BY THE FISHER FOLK JPs OF HUMBERSIDE 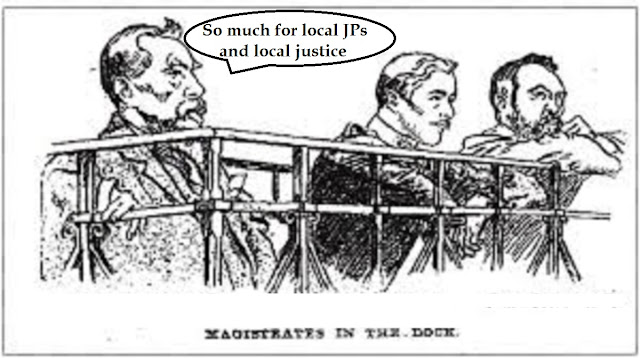 The MOJ in its confusion about what constitutes local justice insists that that concept still exists when reality indicates the contrary.  National guidelines on sentences and magistrates` licensed to sit at any court in England and Wales..........when I was appointed I was restricted to my local court(s) show that in practice a national system of courts is in operation.  An interesting article in Grimsby Live purports to show that the region`s courts are more "jail happy" than the national average.  Of course this is a big boost for those who repeatedly claim that the lower court should no longer have custodial sentencing powers. Perhaps the good burghers of Humberside have their own sense of priorities in dealing with offenders whilst still being guided by the Sentencing Guidelines but refusing to be constrained by them.   In that event do doubt the Justices Clerk for the region will be told by his/her bosses to sort out those fisher folk and their old ideas of justice and retribution and allow the tenets of the metropolitan nanny state to operate unfettered.

HAVE WE HAD ENOUGH OF POLICE AND CRIME COMMISSIONERS? Posted on 09th June 2015
Humberside firefighters to march against â€œdangerousâ€ fire cuts Posted on 07th March 2014
Humberside Police to cut mounted unit Posted on 02nd February 2013
Iona Fisherâ€“Ave Maria Charity Single in aid of @uk_cops Posted on 15th December 2012
THE NOT VERY CANNY FOLK AT THE MINISTRY OF JUSTICE Posted on 12th March 2019
Offenders to be punished by their neighbours under local justice plans Posted on 14th September 2011
Police appeal following attempted bag theft in Harpenden Posted on 05th January 2015
NO KNOWLEDGE Posted on 22nd July 2013
Image of man released following theft in Wheathampstead Posted on 15th August 2014
Ceilidh Posted on 11th July 2012