DON`T LET ME BE MISUNDERSTOOD 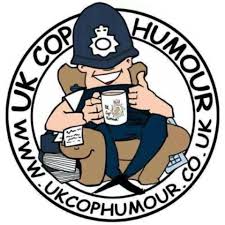 It is becoming increasingly irrefutable that the disastrous cuts in police numbers instigated when she was home secretary by arguably the worst prime minister in modern times are resulting in a crime wave of horrendous proportions where daily killings in London are common place and drug dealers are extending their empires to every town and village in the country.  In the light of such activity one would have thought that police up and down the country would maximise their limited resources for public protection and prevention of breaches of the peace. One would have thought wrongly at least in the case of the thin blue line attempting to patrol the county of Leicester`s many streets and byways. This is the constabulary which in 2015 announced with the bravado of a  teenage Lothario who had made his first conquest that in future investigations of alleged burglary it would investigate only those addresses with even numbers. Not satisfied with the derision that that decision heaped upon those officers at the sharp end those responsible for allocating what funds are available for officers` training have now used their collective wisdom to offer banter training to reduce workplace tensions when misunderstood language might be the cause of perceived offence.

The only offence I can perceive is to the common sense of police officers and to the tax payers of Leicester. That wonderful sixties blues band The Animals had it just right; "Don`t let me be misunderstood".