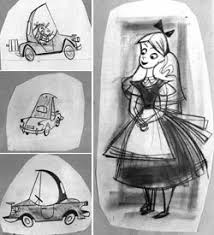 Imagine you are 15 years old and after much nagging your parent(s) have given in and bought you an electric scooter.  Unsurpassed joy from the child who sets off down the pavement in a quiet suburb only to be spotted by one of the very few police officers still on the beat.  The happy go lucky child is asked to identify himself and to produce his driving license. Calamity upon calamity; the officer on hearing that there is no driving license, takes the name and address of the suspected offender and warns that a summons might follow. So far this is not a particularly pleasant tale but wait; it gets worse.  A 15 year old boy has been given six penalty points for riding a scooter "at speed". The report makes no mention of whether a police car or a beat police officer made the "stop".  No actual speed appears to have been recorded. We all know ignorance of the law is no excuse for breaking it but this boy in order to drive legally when he is 17 or older will have to obtain a driving license at quite some expense and then have said license immediately revoked for six months after which he will have to pass a complete driving test all over again. This is the law Alice would have recognised in Wonderland.