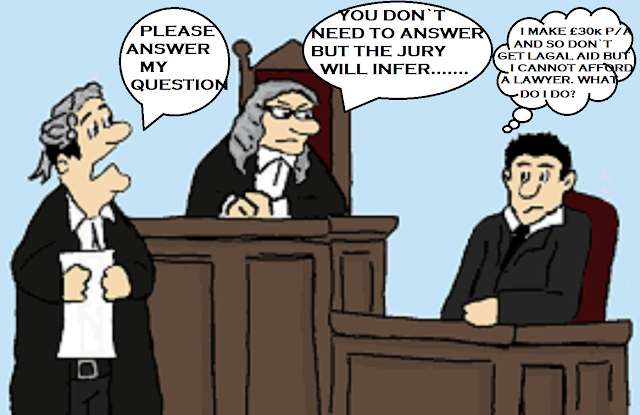 The vast increase in the numbers of unrepresented defendants has been a major feature of courts, criminal, family and civil since 2010.  The many Lord Chancellors since then have attempted to deny the subsequent problems arising directly from the cause of this eruption and have sought to minimise its effects by the introduction of ever more applications of digital technology of one sort or another. There are two fundamental foundations to a justice system; equality of arms and a level playing field. . One can only guess how many injustices have been allowed to happen by the imbalance of the former. Within the magistrates` courts there are no statistics of defendants who do not present with a lawyer. The latter in recent years has been undermined by the prosecution`s inability to follow the rules on disclosure.  High profile cases especially with regard to rape have exposed this iniquity.  Whether this lack of information is by lethargy, accident or design will be known only to that small coterie in Petty France where the most hard working section is the press office.

I retired from the bench in the early part of 2015.  Even then it was becoming apparent that in my opinion a real risk of justice not just being seen to be done but not being done per se was staring me in the face at almost every sitting. It did not happen by calculation but I realised that my manner when presiding over cases involving unrepresented defendants was changing ever so subtly. The traditional approach of seeking only "clarification" when directly questioning a witness had occasionally to be sidestepped to avoid a possible or probable miscarriage of justice. In that year I posted twice on this subject.

Similar problems have almost certainly been presented to judges at crown court. How many have gone unreported is anyone`s guess but recently none other than a High Court judge His Honour Judge Matthews has been castigated by the Appeal Court for his inquisitorial approach to an unrepresented defendant. The Law Society Gazette has a recent report.

There is no doubt that very soon those law lords who offer guidance often only when they are retired will provoke discussion around the very basis of trial law in England. My personal justification for sometimes incurring the disapproval of legal advisors was that I would rather push the boundaries of what was hitherto acceptable practice than see a possibly innocent person convicted because s/he was unable to construct the vital question or interpret the obvious flaw which would have exposed the CPS case`s failings. HH Judge Matthews deserves the support of all those with similar opinions.