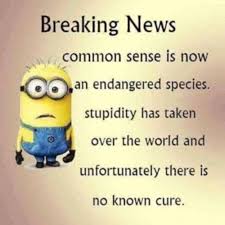 There are times when I read of sentencing practices at magistrates courts that I despair.  There is no doubt whatsoever that the law is being brought into contempt, if not literally but certainly metaphorically.  There are those who would abolish custodial sentences of less than six months.  Two responses come to mind; increase minimum sentences to six months which has no possibility of enactment or admit that the idea of public protection does  not have a place in sentencing guidelines.  Pressure upon pressure has been placed upon the courts to prevent offenders being sent to custody. There are low level recidivists who are beyond redemption under current thinking.  I have long suggested that workhouses [for various posts put workhouse in search box]  designed for this century where under lock and key inmates can be made to undergo cold turkey regimes to rid them of their drug and/or alcohol habit which drive more than 70% of crime much of which the establishment describes as low level. Such criminality affects ordinary people much more than it touches on the lives of those who make the rules.  The example of this scumbag serves to illustrate all too clearly how inadequate are some courts.  To suspend his sentence flies in the face of common sense.  Ooooops!  I forgot;  common sense is not a requirement for magistrates in this era of sensitivity and safe space political agitation. .