OPINIONS OF A DINOSAUR 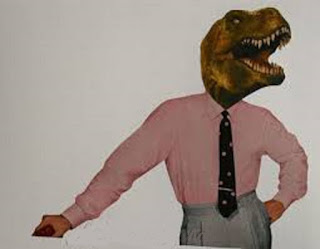 Last week the High Court rendered a not widely publicised decision on the future fate of the two British prisoners held in Syria by Kurdish forces.  They are accused of being not only Isis terrorists but part of the infamous group of murderers who filmed their murder by decapitation with a knife of innocent people and broadcast their horrendous deeds to the world.  This was part of a cold blooded exercise to terrorise those who opposed their attempts to impose Sharia over vast areas of Iraq and Syria.  The Home Secretary had agreed their extradition to the USA where they could be subject to the death penalty if found guilty of the charges laid against them.  That High Court decision leaves the way clear for them to face the legal system of a foreign jurisdiction where if found guilty for their alleged crimes the death penalty is an option.

The Home Secretary has explained this apparent anomaly insofar as the death penalty has long been abolished in the UK.  "Our longstanding opposition to the death penalty has not changed. Any evidence shared with the US in this case must be for the express purpose of progressing a federal prosecution."

From time to time polls have indicated that there are deep divisions in this country on whether or not Parliament should reverse the abolition decision which was initiated half a century ago and when assurances were made by parliamentarians that adequate custodial sentences would not lead to increases in homicides.  This was a fatuous affirmation to the great British public. Proponents of the current position are quick to cite that only a few nations apart from certain states in the USA where the death penalty is in operation and that these are indeed mainly countries where democracy is in name only.

Two years ago a poll indicated that EU Leavers were sympathetic to bringing back capital punishment.  Last year Sky News published a poll showing that Conservatives had a majority also similarly in favour.  Having had the good fortune to still be on this Earth after having enjoyed three scores year and ten and having been accused of being a dinosaur I am firmly of the belief that social mores work on a cyclical basis where opinions swing just as the weight of a pendulum reaches its amplitude and reverses its direction of motion. I believe that we are in just such a situation where the amplitude is about a decade or so from the vertical.  The discussions over the EU are just a single example of this.  The return of capital punishment could be another.