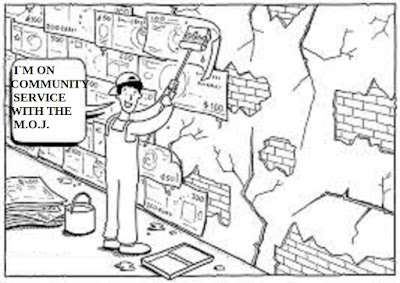 I have posted more than a few times on ASBOs and the like. Use the search box for posts.  Essentially they are civil orders breaching of which is a criminal offence.  I would term them displacement orders insofar as eg Drink Banning Orders can order the miscreant to do his/her boozing in another county or another town.  There have even been cases where the order has been nationwide.  They are IMHO a complete waste of time and an abrogation of our society to deter and if necessary punish people for their criminality.  But and it`s a big "but" they are simple and cheap to operate. And for the last nine years it appears that our criminal justice system is like the original motto of Tesco; pile it high and pile it cheap. The ASBO, CRASBO and DBO`s latest incarnation is the Knife Crime Prevention Order.  For actual details access this link. Stop and search operations were drastically curtailed by Theresa May as Home Secretary because it was asserted that they unfairly targeted young black men notwithstanding the fact that in many areas especially London it was young black men who were most likely to be victims of knife attacks. The spate of such attacks in London appears not to be met by police in sufficient numbers to show that the situation is under control. Thus this latest innovation.  I will not repeat the caveats expressed in the link above but it is my strong belief that this so called initiative will fail in its intention and will truly further alienate young black men.  This time there will be good cause for the resentment that will surely follow and that will make the relationship between them and police even more fractious. It is another example of increasing the powers of police to control our society by suspicion rather than by evidence; a catch all associated more often with jurisdictions where acting according to law is an afterthought rather than a priority.  These orders are just another example of papering over the cracks caused by the slashing of resources since 2010.