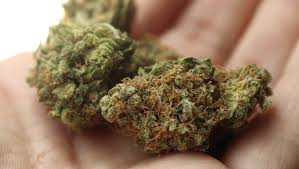 I have long been in favour of the decriminalisation of drugs which are currently prohibited; heroin, cocaine and marijuana and the derivatives manufactured to get round current regulations which are sometimes more lethal than the originals on which they are based.  In the case of marijuana many jurisdictions have already legalised the drug in particular form.  The swinging sixties so called was an era of "weed" or "joint" or "squiff" the active ingredient of which is  tetrahydrocannabinol. However, already more than 70 different cannabinoids have been identified so far. These compounds have a chemical structure that is much related to THC, but their biological effects are quite different.  The current popular derivative among users is commonly called "skunk" which is a vastly different product and has more serious side effects than its ancestor of half a century ago.  Users of this and other prohibited substances have no knowledge of what they are taking and almost every day news media contain tragic stories of the effects of these products. Drug trafficking to the UK costs an estimated Â£10.7 billion per year and The Home Office has estimated the illegal drugs market to be worth Â£5.3 billion. Recent figures show that there were approaching 3000 deaths from misuse of prohibited drugs. Surely taxing such products and selling them at licensed premises with regulated content would be more sensible than the present situation. Dealing would be more heavily punished.  There is a downside insofar as some people might be tempted to try out these drugs especially marijuana who otherwise would not have done so. However I believe that it is a matter of when and not if for the time to come for change. Neither society nor individuals such as this  are helped by using the court process.