THE BENEFITS OF AN ENFORCED SHORT SILENCE BY THE BENCH 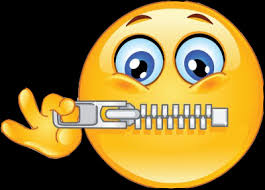 In order to allow producers of radio talk shows to have some control over what some malicious phone contributors might say a time delay of eg ten seconds is often incorporated into the system thus enabling any offending or offensive opinions to be deleted before the programme reaches its audience.  Bench chairmen have no such protection.  Personally I tried to allow perhaps three or four seconds before making any statement or responding to a question from officers of the court or witnesses.  Generally that enforced short silence served me well. Last week the chairman of the bench at Haverfordwest magistrates court might have opened himself to unwanted inquiry if his remarks had reached the ear of a pedant intent on causing trouble. He told an Irish burglar, "I just want you to get on the ferry and get out of Wales."  Perhaps on reading the report of the case in the Western Telegraph the unnamed bench chairman will realise that his remarks could have been construed as inappropriate verging on racist by those of a politically correct disposition out to cause trouble.