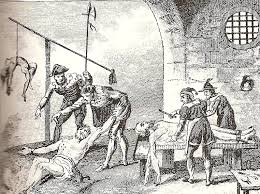 If you buy a car and fail to keep up with your payments there won`t be a gentleman from the finance company opening an office in your area to enquire why you`ve missed the payments. You`ve broken the contract and the car will be repossessed. As many have and are discovering the same applies to those who default on their mortgages. Their properties are repossessed. It is obvious of course that generally but not exclusively those defaulters are nearer the middle or lower levels of income distribution than the higher. And it can be said that their loans were based on income and/or credit rating. The loans were freely entered into and both parties to the deal considered, in theory at least, that disposable income was sufficient to service the amount. They might even have been offered various insurances to indemnify themselves against unemployment.
Fines imposed at court are for breaking the law. The law is rarely hidden waiting to jump out and catch innocents going about their daily business. When it did became widely known that the law was behaving in just that fashion the speed cameras were painted yellow to ensure justice was seen to be done. Fines in this country are calculated according to ability to pay. Depending on how the figures are analysed there is general agreement that at least half a billion pounds is owed in unpaid fines. Of course that amount is akin to water flowing into a bath with the plug out. It will never be completely empty of water so long as the taps are open; for taps read fines imposed daily. In some southern states of America if, after all attempts at getting unpaid fines in have failed, imprisonment on the basis eg of $1 unpaid = one day inside is actioned . I have witnessed such sentencing. It is quick and effective. There is none of the shilly shalishing that is the approved procedure here to get in what`s owed. But for a multitude of reasons the American example will never be considered here. It would be considered illiberal for a start and the current thinking within the Justice Ministry would be more likely to lobby to bring back hanging than undertake any new policy likely to increase the jail population. So once again we have the tail wagging the dog until perhaps the â€œDaily Believe Itâ€ publishes the scandal of fines remitted annually owing to offenders being considered unable ever to meet their obligations this side of 3000 A.D.
But all that was supposed to change some eight years ago in Widnes where the local council and Her Majesty`s Court and Tribunal Service  opened a fines surgery for defaulting offenders to be encouraged to come up with at least some of the readies owed for their own law breaking. The tail is not just wagging the dog; the inmates are running the asylum. Ah!..........I overlooked that we don`t have asylums anymore; it`s care in the community.  Anyway the experiment didn`t last long. I suppose the council found better ways to use the facilities.
And now the talk is of the abolition of custodial sentences under six months. Presumably there will be an increase in those fined.  I suppose for deliberate defaulters in that event  there will be empty cells for them but they won`t be available for sentencers owing to the very rare occasions when that sanction is employed and as rare as hens` teeth for any sentences of more than a couple of weeks.
The MOJ is pursuing cheap digital justice in the lower court.  Nothing else matters.  What sad times for us all.