THE IDES OF MARCH WAS MY RETIREMENT 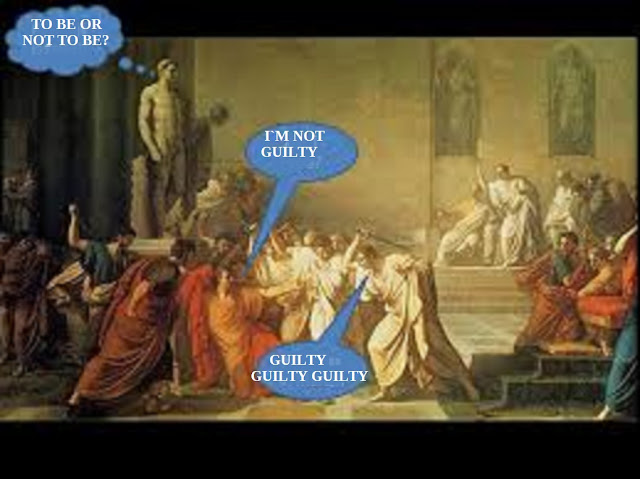 It`s the ides of March and the day four years ago on which I last sat in court.  I look back with mixed feelings on those days as an active Justice of the Peace  especially when I was considered competent enough to chair a court.  Looking back through my files I note that it was almost a year from my application being posted to my receipt of the letter informing me of my appointment to the bench. As I understand the process of appointment is equally tardy as it was over two decades ago.  That in itself is enough evidence to indicate at the very least that times they are not a changin` for  those in the MOJ who control it all.  At that time my bench consisted of 265 mostly agreeable individuals of strong opinions. Bench meetings were held three times a year allowing a newbie to meet those colleagues whose rotas were such that they were strangers to many. Localised rota planning by the committee of which I was later to become secretary enabled last minute vacancies to be filled.  Indeed I remember a summer morning when I was out jogging being called to inquire if I was available ASAP to fill in for a sick colleague. There was a fairly even balance of the sexes with many of both being of south Asian origin. There were certainly few black people, perhaps fewer than a dozen in all. Being middle aged I found myself in a very large majority age wise.  Our local courts` committee controlled much of the bench`s business and of course the rota was controlled by another committee voted in at an AGM.  There were regular meetings organised by the probation liaison committee where forthright opinions were exchanged with local probation officials to the better understanding by all. We were fortunate indeed to have for most of my tenure single District Judges who went out of their way to assist the bench and individuals in so many matters that were not covered by training.  They were happy to offer opinions from the general to the precise without of course prejudicing any actions a bench might take.  But all that changed. My bench amalgamated in 2012 with two others and it became a bench of 300. More black faces appeared in the directory and certainly a noticeable increase in colleagues under forty.  Sentencing Guidelines were supposed to avoid post code sentencing but many of us found that they were restrictive. Our bench had very effective training on sentencing structures from the very early days of appointment right through to the publication of the Guidelines. Chairmen whom I had admired as a winger always seemed to be of strong minds. They were thorough in their reasoning in the retiring room always allowing more junior colleagues to express themselves freely with advice if it were required delivered in friendly logical sequence. They were confident in their pronouncements and authority but helpful to those defendants with no representation and/or with difficulty in expressing themselves. Equally they had no hesitation in visiting the court`s annoyance if officers of the court overreached themselves.  It was obvious to me that those chairmen had the respect of the legal advisors both in the courtroom and in the retiring room.  In due course I did my best to emulate them.

I retired a short time before Chris (failing) Grayling`s  Criminal Justice and Courts Act 2015  became operational.  I just could not bear the thought of having to make the required pronouncement when sentencing. I understand that bench meetings are now history, rotas are centralised digitally and that magistrates are working in what could be described as a HMCTS  straitjacket where they are treated as unpaid employees rather than junior members of the judiciary.  I fear that the Magistrates Association is partly to blame for this.  It is apparent that those at the top of its tree are looking forward to their gongs on retirement as much as a letter of thanks from the Lord Chancellor.  Magistrates are now appointed to positions of influence by the MOJ.  True representation for magistrates by magistrates  is but a memory for those nearing retirement and an alien concept for newcomers. I had almost two decades on the bench.  I doubt these newbies will have similar longevity. Increasing numbers of DJs and Deputies are destined IMHO to take over our courts.  At the very minimum magistrates will be fortunate to still be sitting as wingers by 2030.

I enjoyed my period on the bench and hope that some of the initiatives I undertook on a local level have not been swamped by central control. My feelings are as  mixed as a gin and tonic.  The whole tastes better than the sum of the parts.