A NON TOO ROSY FUTURE 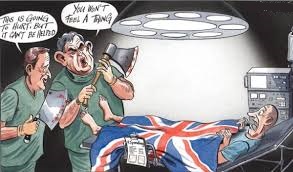 A long long time ago when trams and later trolley buses travelled our high streets our justice system was recognised by most as amongst the finest in the world. A system admittedly ruled and administered by a public school and Oxbridge educated minority but a system nevertheless where noblesse oblige much of the time. And then came the swinging revolution begun in the 1960s where the cockney sparrow became the tweet of the masses. Prime Ministers` lies did not remain hidden for a generation but soon became public knowledge. Diversity in its myriad forms became the name of the game and legal protection was legislated for it in ever widening patterns.  Increasingly the opinions of the masses were sought and occasionally acted upon. Parliament enacted laws in ever more areas of our lives; much to the good of all but not all to the good.  Margaret Thatcher, loved by many and perhaps hated by more changed society almost as much as World War 2 but with fewer casualties. But there were still areas where civic cohesion was beginning to strain at the seams; namely at Mastricht and Lisbon but few were able to sense the arising murmurings. And then came 2008 and the world fell apart as did our politics. As a direct result in 2010/11 the budget of the Ministry of Justice was proudly cut by 23% by Kenneth Clarke Secretary of State for Justice and has continued to be cut so that Justice is not now considered a pillar of our democratic society paid for by the state in the same way as the armed forces are paid for by the state but a necessary function which must as far as possible pay its way in the grand scheme of budgetary things. He also instigated the destruction of the concept of local justice resulting in the continuing closure of hundreds of courts the latest sales figures of which are published today. As a result of the disastrous tenure of Chris (failing) Grayling with, we must suppose, the support of cabinet, a Criminal Courts Charge was initiated in 2015 which attempted to increase income from offenders irrespective of their ability to pay. Such was the iniquity of that legislation that it was revoked within a year by his successor at Petty France.  Under the control of the Home Office, the dismal performance of which competes with the MOJ for the most inefficient not fit for purpose government department, police forces have been emasculated in numbers and demoralised in practice.

The result of the above and more is that British society, at one time a concept familiar to all, is now so fragmented that the petrol of Brexit, itself a result of supine stupidity by governments since the ill fated Gordon Brown occupied number 10,  has lit the fire under our whole idea of democracy. With justice denied to so many by so few our headlong dive into a dark future seems unstoppable. The scandal of the appointment of our next prime minister, the undeniable antisemitism within her Majesty`s Loyal Opposition and many of its supporters and the demagoguery of competing interests here and abroad paint a non too rosy future.