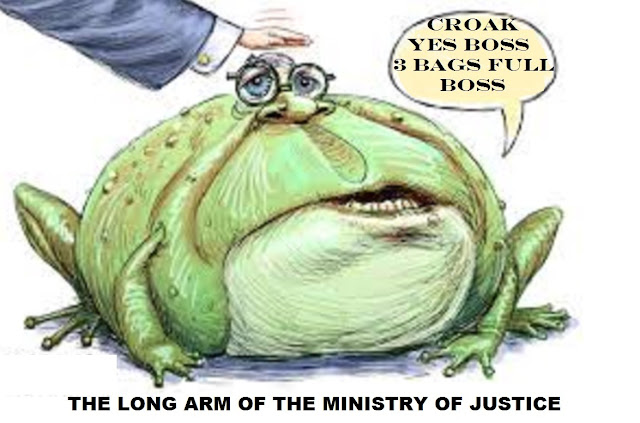 Whenever there is talk on line, in the press, on TV and in Parliament of magistrates and their diversity or lack thereof, keyboards and throats get on their metaphorical high horses and proclaim how diverse the magistracy is in almost all aspects of gender, age and ethnic origin.  They try to be so transparent as to be free to the wind.  But when it comes to policies that affect magistrates courts those weasels in Petty France and Fitzrovia are rather less likely to be what you see is what you get organisations.

For many decades the Magistrates Association has existed and I suppose still exists as an organisation of paying members of the magistracy to be their representative in dealings with government in its widest form.  At its peak about a decade ago or so there were around 30,000 magistrates of whom about 80% were MA members.  Now numbers of JPs have halved and the MA membership is a much lower percentage putting great financial strain on that organisation.  It has even stooped to the level of doing some dubious deals with probation providers to raise capital.  Nevertheless its clout with government has been reduced to a whimper.   A couple of years ago advertisements in appropriate media were placed by the Ministry of Justice for the appointment of a "national leadership magistrate" notwithstanding that there was already functioning an organisation The Bench Chairmen`s Forum which consisted inter alia of the chairmen of all the benches in England and Wales.  Considering that each chairman is the result of a bench wide election one would have thought that as a collective their opinions had merit. After the appointment of the aforesaid magistrate further ads appeared inviting applications for seven positions as regional leadership magistrates. I posted on this as early as  14th June 2018 . Last week a pressure group,  Transform Justice, also posted on this topic.

These people are the toads of the MOJ.  They represent nobody. Perhaps they are seeking long term non financial benefits  eg gongs.  Perhaps they consider themselves to be superior to their colleagues. One factor of which there is no doubt is that their identities are secret; SECRET in this supposedly age of openness. Copied below is yesterday`s  written question to Paul Maynard The Parliamentary Under-Secretary of State for Justice and his answer.

This action of withholding the identity of these lackeys is nothing short of an affront to open government.  Their names should be published forthwith and as the old adage said "if they find the kitchen is too hot for them then they should bugger off".