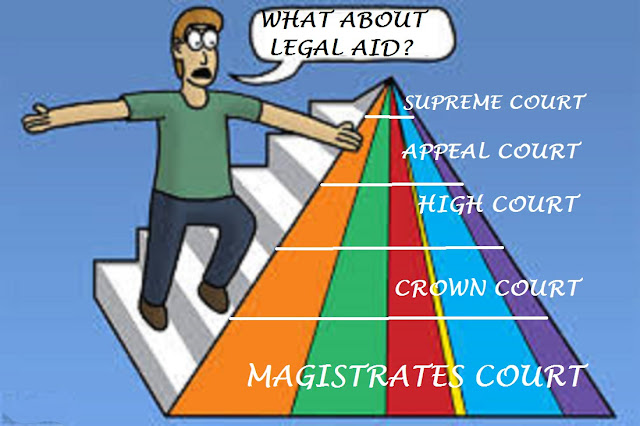 Currently the nation has the opportunity to see and hear the finest legal brains exercising their minds on the prime minister`s recent proroguing of parliament.  We all should be proud that the pinnacle at the very top of the judicial pyramid can produce such exquisite minds on and before the bench. However the very careful considerations and histories which have brought us this bounty are the antithesis of the situation at the base of said structure. Availability of even the most limited legally qualified mind is now rarely available for the millions who appear annually before the bench in magistrates courts.  The provisions for any form of rehabilitation  for the 70% of offenders who are addicts involved in violent and/or acquisitive offending are in practice few and far between.  Consideration of a non court pathway if it has been considered at all by MOJ has been given short shrift.  By the actions of Chris Grayling the probation service is struggling to cope with demands upon it with consequent reactions from a staff whose morale is as low as it ever has been. Latest figures show that £653 million pounds is owed for unpaid fines; a figure which has remained roughly unchanged for a decade. Bob Dylan made his reputation by simple poetic lines such as "When you have nothing you have nothing to lose". The bench recently at Isle of Wight Magistrates' Court might have had that couplet in mind.

Regular readers might be bored by my repeating that out of the box thinking must now be taken by those who govern us for the hundreds of thousands of cases similar to this.  My hobby horse is that a modern form of the Victorian concept of the workhouse must be considered. Put that "W" word into the search box for previous posts and consider what changes would be developed if you were in control.